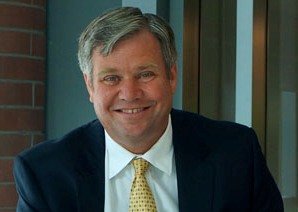 New Jersey’s investment portfolio returned just 4.16 percent during the fiscal year ending on June 30, well short of its 7.9 percent assumed rate of return. It is the first time New Jersey failed to notch double-digit returns since 2012.

While the pension still managed to clear its benchmark by more than a full a percentage point, “it is by no means all good news,” said State Investment Council Chairman Tom Byrne at a September 23 meeting.

On the bright side, the state’s portfolio of alternative investments continues to shine. New Jersey’s 8 percent allocation to buyout and venture capital funds generated the strongest return of any asset class, netting 18.75 percent for the fiscal year, according to an investment report. A 1 percent allocation to debt-related private equity strategies also performed well, netting 10.6 percent.

Labor leaders, including New Jersey State AFL-CIO President Charles Wowkanech, have criticized the Division of Investment for paying too much in fees for its alternatives portfolio. Even so, strong distributions in the private equity and real estate portfolios resulted in positive cash flows of $1.5 billion for the pension, Byrne said.

“Alternatives has outperformed very significantly,” said Division of Investment Director Chris McDonough. “It’s generated a higher return per unit of risk than any other part of the portfolio.”

The strong returns from PE are sorely needed, as New Jersey’s public pension isseverely underfunded and the state’s recent contributions to the retirement system account for only a fraction of what it owes. In June, the New Jersey Supreme Court ruled Governor Chris Christie could skip a $3.7 billion pension payment to forestall a budget shortfall.

“The pension system’s payout [is] over $8 billion a year in benefits, so as long as the fund was returning over 10 percent a year … investment returns were essentially keeping pace with the outflow,” said Byrne, noting the previous fiscal year’s return hauled in $3.12 billion. “The very lean, and frankly underpaid, staff has done as well as one could expect in these conditions.”

Pending final negotiations, New Jersey’s biggest commitment will be up to $300 million to Dyal, a Neuberger Berman subsidiary that acquires non-control and minority stakes in private equity firms. The Division of Investment will commit up to $200 million to Dyal’s third flagship fund, which is targeting $2.5 billion, and up to $100 million to a separate account with Dyal for co-investments.

The strong relationship with Neuberger Berman and Dyal contributed to New Jersey’s ability to secure favorable returns on its latest commitments. New Jersey will not pay a management fee and Dyal will not collect carried interests on the new separate account.

Dyal’s Fund III will charge New Jersey a 2 percent management fee on its committed capital. The fee falls to 1.5 percent of invested capital once its investment period commences. After year 15, Dyal will stop collecting a management fee.

Besides Dyal, New Jersey made commitments of $100 million each to the latest flagship funds from Catalyst and TSG. Catalyst’s fifth fund has a $1.25 billion target and plans to invest in distressed for control situations. TSG’s latest flagship has a $2 billion target for investments in the consumer products sector. The investment council also backed a $500 million sidecar vehicle TSG is raising for smaller deals in the same sector.