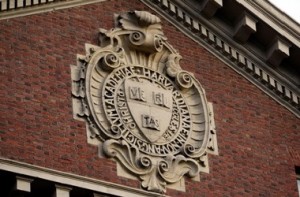 “Private equity valuations are now, on average, at higher levels than in 2007. There are over 80 ‘unicorns,’ as many as in the last three years combined,” Harvard Management Company CEO and President Stephen Blyth said in his annual endowment performance letter, published this month.

“Venture capital continues to receive ample funding, and private company valuations are also bolstered by public mutual funds entering later stage funding rounds in significant size. This environment is likely to result in lower future returns than in the recent past,” Blyth wrote.

In response to this environment, Harvard is not “over-committing” to illiquid investments, “while still ensuring we will be involved if market dislocations arise,” he wrote.

“Several of our venture capital partners delivered outsized returns, in particular in the technology and biotech sectors,” Blyth wrote.

The team also will remain open to new managers and platforms that include transparency, flexibility in investment decisions and reduction in fees, he wrote.

Blyth took over as the endowment’s CEO from Jane Mendillo last year. He formerly headed public markets for the endowment.