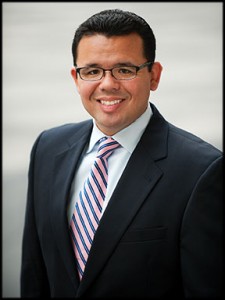 Among the more PE-unfriendly elements that could be included in comprehensive tax reform are the scrapping of the deductibility of interest payments by corporations, the elimination of capital-gains tax treatment for carried interest, and the addition of a corporate tax on limited partnerships at the partnership level. (By contrast, limited partnerships today are treated as flow-through vehicles by the U.S. Internal Revenue Service; only the individual partners are taxed.)

Earlier this year, Dave Camp, a Republican from Michigan and the outgoing chairman of the House Ways and Means Committee, weighed in with a proposal for  tax reform that garnered a lot of attention in part due to its impact on buyout professionals. Under the proposal, carried interest would be treated as regular income, although profits received above a certain threshold would still qualify for capital-gains tax treatment. In addition, publicly traded partnerships would be taxed at the corporate level

Ken Spain, vice president of public affairs and communications at the Private Equity Growth Capital Council, predicted that the Camp proposal would “serve as a discussion point for the longer term debate about how to reform the tax code.” However, Spain said he doesn’t see the legislation passing this year, especially in light of coming elections that could see control of the Senate turn over to the Republicans. “Whenever you have any sort of political uncertainty, particularly around an election, the legislative process tends to come to a halt,” Spain said.

And after the election? Spain said that many inside the Beltway are betting that come next January, Ryan will replace the retiring Camp as chairman of the House Ways and Means Committee. “Paul Ryan is not only an incredibly bright policy mind but he plays an outsized role in the Republican Party,” said Spain.

It is too early to say what this could mean for buyout professionals and the taxes they pay. But two things are certain. One is that Ryan is very interested in enacting comprehensive tax reform as a way to simplify and reduce both corporate and individual taxes. The second is that Ryan and the industry have a history together. Ryan’s brother Tobin Ryan is a partner at Seidler Equity Partners, a Marina del Rey, California-based growth equity and buyout shop. And during the 2012 election, according to Spain, Ryan as candidate for vice president “was supportive of the industry’s position” on carried interest taxation.

“I think he has a favorable view of the industry and a challenging task ahead of him in driving down tax rates as part of comprehensive tax reform,” said Spain.

Indeed, politics is a game of compromise, and achieving an overall reduction in corporate and individual tax rates could still lead to winners and losers. Wealthy buyout professionals make an inviting target, even for capitalist-friendly Republicans, as they did for Camp. Ryan’s website has a section outlining his position on taxes. It doesn’t specifically address carried interest and related private equity tax issues. But it does note that ”Chairman Camp’s plan is a great first step toward a much-needed debate over how to best reform the tax code.”