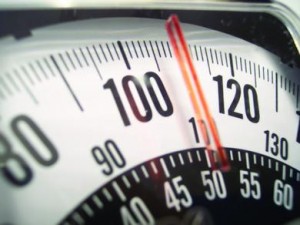 As the returns from private equity funds rose steadily in the early years of the 21st century, pension funds began to pay an increasing amount of attention to the sector.

By 2008, many funds had an allocation above 5% of their total investment going to private equity, with some – such as the UK’s Universities Superannuation Scheme (USS) – aiming for a total of 20%..

Then, as the global downturn took its toll on regular equities, slashing their values in a matter of weeks, the private equity portion of the funds’ portfolios suddenly loomed larger as an overall percentage. They are now facing the quandary of reducing their percentage allocation in response to dramatically lower valuations for equities, or changing their investment parameters to account for changed circumstances.

Some major funds, such as CalPERs in the US, have decided to raise their private equity allocation. But, as George Anson, managing director of fund-of funds HarbourVest, points out, other funds with more mature private equity investments may decide to scale down their exposure to the sector.

“The old argument that private equity funds are not so linked to the public markets is not such a useful comparison any more,” he believes. “People used to value funds on their last round of finance, but that’s not so helpful in a downward market. Now they’re working on a ‘mark to market’ basis. Pension funds have to decide whether private equity is a diversifier strategy, but I’m struggling to see what else is diversifying.”

Anson argues that in most ways, pension funds and private equity firms have complimentary aims and business models, seeking long term investment opportunities that maximise returns. He further views the role of private equity as being a ‘poster child’ for good corporate management, using interventionist methods to improve business prospects. However, where the two sides can diverge is in DC (defined contribution) plans, where investors can come and go. “It remains a question how to reconcile this with the long term views of private equity funds,” says Anson.

In the first half of 2008, the general trend among pension funds around the world was to continue investing in private equity, if not to increase amounts pumped into the sector. In June, China’s national pension fund announced that the Chinese government had approved its plan to invest 10% of its US$74bn assets in private equity funds. Even though these investments would have to be vetted by the National Development and Reform Commission, it signalled a new approach to private equity by the world’s most dynamic and quickly growing economy.

Foreign private equity funds have found their path to investment frequently blocked by the Chinese authorities, particularly in so-called ‘sensitive’ industries. This newfound appetite for private equity among the country’s main pension fund could lead to a more accepting approach in future.

More recently still, the United Nations Joint Staff Pension Fund gained approval to incorporate hedge funds of funds and private equity into its investment portfolio. At the same time, it expanded the scope of its real estate portfolio to include infrastructure, agricultural land and timberland.

Private equity investments in infrastructure projects and companies working in the sector rose sharply between mid-2007 and early 2009. Now, as governments around the world signal their eagerness to embark on ambitious and heavily funded infrastructure projects as a means of alleviating the financial crisis and its consequent effect on employment figures, many private equity firms could be well placed to benefit, along with the pension funds that invest in them.

The US is likely to see perhaps the largest of all such schemes, as newly inaugurated President Obama sets aside hundreds of billions of dollars to fund federal investment in infrastructure.

This could provide a source of optimism for the private equity funds themselves, since their overall fundraising abilities were severely curtailed in the second half of 2008, with the third quarter seeing a 51% decrease in global private equity commitments raised in comparison with the second quarter. Overall, the sector’s fundraising was the lowest since the first quarter of 2005, according to figures from Investment and Pensions Europe (www.ipe.com).

The paralysis of the M&A markets caused by the financial crisis has placed private equity fundraising under sustained pressure. It has also caused a liquidity bottleneck for investors, since exits have become scarce, meaning that many (including pension funds) have become over-committed to private equity and either raise the percentage of their investments (as public market securities have fallen in value) or sell their existing allocations.

The California State Teachers’ Retirement System (CalSTRS) chose in November 2008 to ‘broaden’ its policy ranges for all asset classes from plus or minus 3% to plus or minus 6% of its target allocation, as a result of “market volatility and the denominator effect of falling public equity values,” according to spokesman Ricardo Duran. He refused to be drawn on whether CalSTRS intends to increase or decrease its private equity investments during 2009, saying only that it will carry out a review between February and June this year, report in July and then base its investment strategy on being “key to assuring private equity’s success in shifting to meet changing market conditions; and in the need to expand CalSTRS’ global reach and presence.” This could signal CalSTRS ambition to invest in more Asian and developing market opportunities, but it could equally be a typical Californian platitude.

Naturally, in a downward spiralling market, the opportunities for taking positions in distressed debt rise exponentially. Both private equity firms and pension funds are alert to this trend and an estimated US$50bn found its way into distressed debt in 2008, compared with US$39.7bn in 2007. Among the active participants in this market was Mike Powell, head of alternative assets at the Universities Superannuation Scheme (USS).

“We are relatively opportunistic,” he explains, “so last year we made some quite large commitments in leveraged loans, mezzanine debt and distressed debt managers. We have moved into more debt and less equity, to get higher up the capital structure. We took the view that we could replicate the private equity returns by investing in debt. It’s less risky than investing in equity.”

This adjustment began in spring 2008 and has continued into 2009, according to Powell. “We are looking to do more distressed debt and to de-emphasise LBOs within the portfolio.” Powell’s brief at USS is also to look at hedge funds and other alternative assets, but so far he has stuck almost entirely to private equity investments.

“Given the distress in the hedge fund industry, we think it will be a good time to invest over the coming six to 12 months, because the distress has acted as an arbiter of hedge funds. Those left standing will be stress tested and so selection will be easier. The shrinkage in the sector will be a guide to higher returns.”

Powell expects private equity firms to undergo the same trial by fire, noting that some large PE groups (such as Permira) are already shedding staff. “This industry is now questioning whether these mega funds are appropriate in this market,” says Powell. “They are ‘right-sizing’, where there is little financing available for LBOs.”

Although LBOs are firmly out of fashion, there remains a vast amount of cash waiting to be placed by pension funds and other investors, according to major financial services players.

Larry Fink, chairman and CEO of asset management firm BlackRock, argues that institutional investors are poised to exit fixed income and illiquid assets such as private equity and pour back into equities. He believes that early in 2009 “the equity markets are going to rally because there is so much cash sitting in the sidelines, and people are going to have to invest.

“You are going to see a big reduction in the allocation in illiquid products, in the alternatives and the hedge fund and private equity spaces. It’s going to go back into public equities,” he said in a broadcast interview.

“I think many institutions are going to be reallocating out of bond into equities. Endowments who have such large imbalances between assets and liabilities are going to have to reallocate into public equities.”

Sanjay Mistry, head of European Private Equity research at Mercer, has not seen such a movement among his firm’s clients so far. “Some clients have put their programmes on hold,” he says. “Not because they are considering diversifying, but they’re questioning the amount of new allocations.”

Some suspect that there will be a time lag between public equities falling in value and private equity funds experiencing a similar drop. “They’re waiting for the year end valuations to come out in March – they don’t want to make a decision today on an unknowing basis,” says Mistry. “They don’t feel they’re missing much by delaying for six or eight months.”

Other Mercer clients are considering a move into secondary private equity funds, drawing words of caution from Mistry. “We think pension funds need to be careful about the type of secondary they’re buying. Certain types we’d suggest staying away from, such as some LBO firms. But within the secondary market, we’re more keen on the mature end rather than the earlier end.”

Like USS, Mercer sees advantages in the distressed debt market, so long as there is a clear focus on the potential value to be released. “Some funds have quite wide strategies and it’s not clear where the value is coming from,” says Mistry.

For the most part, pension funds will be concentrating on their ‘bread and butter’, Mistry believes. “Private equity is lower on their agenda. We’re asking them to focus on their credit portfolio and see where they can pick up lower hanging fruit, before looking at more expensive strategies.”

The one asset class that pension funds will divest in early 2009 will be government backed bonds and gilts, according to Mistry. “They will sell out of these whether they want to invest in private equity or public equities.” He further argues that private equity managers need to hold open discussions with pension funds on the impact of management fees, in order to help the funds protect their returns.

The coming months will determine whether the warmth that has grown between pension funds and private equity survives the credit freeze, or whether the sectors return to their arms length coolness once again.