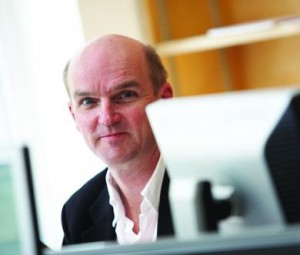 Close recruits in London and reshuffles in Paris

Independent corporate finance house Close Brothers has appointed John Paul McGrath as a new managing director to expand its European financial services (FIG) sector coverage team into the UK. McGrath and his team will be based in London.

McGrath joins Close Brothers from NM Rothschild & Sons Limited where he has focused on financial services since 1999. He has experience in the FIG sector with a particular focus on the asset management and insurance markets.

Prior to Rothschild, McGrath worked at Samuel Montagu and latterly with HSBC’s FIG advisory team in London.

Her joins from CB Richard Ellis Real Estate Finance, (CBRE) where he has been since 2004. At CBRE he advised buyout groups participating in asset backed acquisitions, investment funds on equity raisings for real estate investments in the UK and Europe, and advised clients on the identification of direct property investments throughout Europe. Prior to CBRE, MacKenzie spent two years at venture capital firm, Foundation Capital Partners and was previously at Morgan Stanley.

Laurent Camilli and Gwénael de Sagazan, both existing members of the Close Brothers SA management team, are to be appointed co-heads of the business. They will lead an executive committee which will comprise George Elliston, Philippe Guezenec and Philippe Croppi. The appointments come as part of the Close Brothers SA’s succession planning, following the planned departure of Olivier Dousset, one of the founding partners of the business.

US private equity firm General Atlantic has recruited Fernando Marques Oliveira for the position of managing director and head of its São Paulo office and Latin American program.

Oliveira will lead GA’s investment activity in Brazil and in Latin America as part of the firm’s strategy to invest in growth companies in that region.

The recently appointed MD has been an investor in the private equity industry in Brazil since 1997, most recently as a director of Grupo Icatu, a family investment office. He has relationships with experts and advisors in the region and has led or co-led investments in numerous companies.

Min Pang will be responsible for the Greater China region and will be a member of EMP Daiwa’s Investment Committee. He will also support BMB’s activities in China. Chung Min, a Chinese National, has 30 years of experience in China. He was previously the China Country head for both Bank of America and Salomon Brothers and most recently headed Aureus Capital in China. Min Pang has also held positions in China’s Ministry of Agriculture where he participated in the early reform of the Chinese economy, and IFC, the private sector arm of the World Bank Group.

Samir Soota will be based in Singapore to oversee the South and South East Asian markets. Soota has more than 16 years of experience in Asia. He joins EMP from Principia Management Group, a specialty investment services firm which he co-founded with a private equity firm. He has extensive experience in both private equity investments and restructurings. Prior to that, he worked as president director for KPMG’s Financial Advisory Services Group in Indonesia.

Research Advisory Board for BVCA team

The British Private Equity and Venture Capital Association (BVCA) has launched its Research Advisory Board, a body which will provide guidance and advice as well as thought leadership to the private equity industry.

It comprises practitioners, academics, consultants and representation from the limited partner community. They include:

The Board’s remit is to meet three times a year to provide guidance and critical oversight to the research work undertaken by the BVCA. The Board will also ensure that research themes cover a pan-European and global perspective, reflecting the markets where the BVCA membership is investing.

The BVCA recently recruited Roger Kelly, from the Bank of England to the post of chief economist of the BVCA. He is said to have driven this latest initiative.

Lord Drayson, Minister for Science and Innovation, has appointed Liam Black as a trustee of the National Endowment for Science, Technology and the Arts (NESTA).

The term of appointment is for four years from 1 December 2008 to 30 November 2012. NESTA Trustees do not receive a salary but are paid an annual fee of £5,000 for serving on the NESTA board.

Black is a co-founder of Wavelength, a company that connects private sector business leaders with social entrepreneurs. He is one of Gordon Brown’s Social Enterprise Ambassadors and is author of There’s No Business Like Social Business.

Koth has over 12 years’ experience in transactions in the global resources industry. He joins Denham from the mining company, BHP Billiton, after four years working on M&A, Strategy and Business Development activities.

Prior to BHP Billiton, Koth was vice president in the Metals and Mining team at Deutsche Bank, London, and an associate at ING Barings in Amsterdam and Johannesburg. He holds a PhD in Accounting and Corporate Finance.

Chattopadhyay joins USS from ABN Amro Bank in London, where she worked for two years as an analyst in the Corporate Finance team. Sweta has also worked as an assistant consultant in the financial institutions group at PricewaterhouseCoopers.

In her new role at USS, she will focus on the co-investment and direct investment programme, assisting in the sourcing, evaluation and execution of co-investment opportunities in support of the portfolio managers.

Tyshing will assist USS in the evaluation of private equity and infrastructure funds. He joins from ANZ Banking Group in Melbourne, Australia, where he was senior strategic associate within the Investments & Insurance division focusing on the due diligence of a range of asset classes including private equity.

Prior to joining Hg, Pettiniccho worked at Goldman Sach’s investment banking division in London, where he focused on European power utilities and renewables, and at McKinsey & Company in Milan.

With the latest appointments, the energy infrastructure team comprises of seven members led by Tom Murley.

Prior to TVM, Schröder worked at BASF Pharma, where he was a member of the executive board based in London and president of two corporate functions: global production/supply chain and corporate marketing.

Ma previously co-led global biotechnology investments in Vertex Management and made investments in several US and European biotech companies and VC funds.

London-based secondaries specialist Greenpark Capital has appointed Matthew Arkinstall as an investment director. Arkinstall joins a team of more than 20 people, 12 of whom are investment professionals, where he will be responsible for deal sourcing and execution.

He has spent the last 15 years as a specialist in private equity, originally in infrastructure direct investment. He spent nearly 10 years at MLC in Australia.

Di Valmarana, who has joined as a principal, was previously an investment director at Swiss alternative asset management firm Unigestion, where he managed the firm’s global secondaries programme. Prior to this, he was a partner and co-founder of pan-European venture capital firm, DN Capital, following three years at global private equity house Advent International.

Segulah Advisor has recruited Erik Thornell as head of banking.

Thornell is a transactor with more than 15 years experience in banking, LBO debt financing and other structured debt arrangements.

Prior to joining Segulah, he worked as a senior member within SEB’s acquisition finance team. Before SEB he held the position of vice president in ABN AMRO Stockholm’s structured unit. Thornell has experience in the Nordic and Northern European markets as well as the UK.

UK venture philanthropy orgnanisation Impetus Trust has appointed television producer Stephen Lambert to its board of trustees. Lambert is chief executive of Studio Lambert, an independent production company based in London and Los Angeles. His career includes directing films in conflict areas, creating television programmes such as Faking It and The Secret Millionaire. He has worked for the BBC for 16 years.

Thomas Meyer, co-author of Beyond the J-Curve: Managing a Portfolio of Venture Capital and Private Equity Funds, has been seconded to EVCA from the European Investment Fund.

During his three-year placement, Meyer will work closely with EVCA’s Venture Platform to develop policy proposals aimed at the legislative framework for the venture capital industry.

He will also be part of a team at EVCA looking at the appropriateness of current methods of venture research, with a focus on industry performance and track record statistics.

Most recently, Meyer was responsible for establishing the EIF’s risk management function, focusing on valuation and risk management models and investment strategies for venture capital and funds-of-funds.

European technology investor Amadeus Capital Partners has made three promotions. Jeppe Zink has been partner; Bill Earner and Pat Burtis have been promoted to investment managers.

Zink joined Amadeus as an associate in 2003 after four years with Deutsche Morgan Grenfell and DB Venture Partners. He has led and co-led a number of Amadeus’ software investments.

Earner joined Amadeus as a summer associate in 2004 and decided to join the team full time the following year. He has been closely involved in sourcing and working with a number of Amadeus’ investments.

Burtis joined Amadeus in 2007 as a Kauffman Fellow, working with both Amadeus and Imperial College on their joint KTP-funded project to research and commercialise new energy and environmental technologies. Having previously worked with new energy companies in the US, he decided to join Amadeus full time.

Paris-headquartered private equity firm AXA Private Equity is opening a new office in Vienna that will bring the total number of AXA offices in the Austrian capital to eight.

The office will be headed by Thomas Wilfling, supported by Marton Hunek and Dimiter Tschawow. The management team will principally target corporate takeover opportunities but will also focus on expansion capital.

AXA Private Equity is establishing an investment centre in Vienna in order to continue to grow its business in this region.

Kelly joined Augentius in August 2002 as a senior fund accountant. He was appointed chief operating officer in Europe in 2006 following the MBO of the business.

A dozen advisers for Alvarez & Marsal

Also joining the team are directors Neil Graham, formerly with Ernst & Young, Richard Gunn from Deloitte & Touche in London, Henrik Rundquist from PricewaterhouseCoopers in London and Abishek Jain from KPMG in Chicago.

UK LBO powerhouse CVC Capital Partners has appointed Larry A. Klane as senior advisor to the firm. He will work with CVC’s global financial institutions team.

Prior to working with CVC, Klane served as president of the global financial services division of Capital One Financial Corporation. His duties included consumer and business finance activities in the United States, Europe and Canada. Before Capital One, Klane was a managing director at Deutsche Bank and ran the corporate trust and agency services business at Bankers Trust. Klane was also nominated by the president of the United States to serve on the Federal Reserve Board of Governors.

British buyout firm Candover has appointed Fredrik Arp as a senior advisor with a particular focus on the Nordic region.

Arp will advise Candover on existing and potential investments in the European and industrials sector.

Most recently Arp held the position of CEO and president of the Volvo Car Corporation. Prior to Volvo, he held positions at Trelleborg, PLM, Trelleborg Industrier and Boliden Kemi. He has been involved with Candover’s Nordic portfolio since 2004, initially as chairman of Thule, a branded goods company which was sold to Nordic Capital in 2007, and, from 2007 as chairman of Hilding Anders, a European and Asian bed manufacturer.