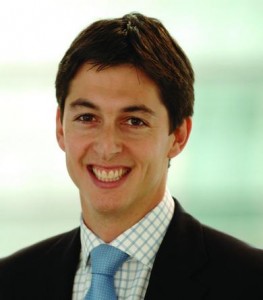 • HgCapital, has strengthened its consumer and leisure team with two senior appointments. Jason Khaksar has joined from KPMG Corporate Finance, where he spent 12 years advising on mid-market private equity transactions, including the public-to-private of Hamleys and the buyouts of Select Service Partners and the Tussauds Group.

Sophie Albuiza was previously at private equity firm Change Capital Partners, where she spent four years and worked on the acquisitions of Robert Dyas, Hillarys Blinds and Prometheus. Prior to that, she worked at Goldman Sachs in London in the consumer and retail mergers and acquisition team for three years.

HgCapital’s most recent acquisition in the sector was the £190m purchase of Americana, the owner of the Bench clothing brand, from ISIS Equity Partners. Other investments include The Sanctuary Spa, Sporting Index and Schleich.

• Alchemy Partners, a UK-based private equity firm, is to lose one of its founding partners this month. Martin Bolland is to leave the firm, according to an spokesperson. His departure follows that of Eric Walters several years ago and leaves Jon Moulton as the firm’s remaining original founding partner.

Bolland worked on Alchemy Partners’ Calyx, Parkdean Holidays, QHotels and Seymour Pierce investments. He also held various positions in the Lonrho Group from 1981 to 1996, including divisional chief executive positions from 1985 to 1996. Most recently, Alchemy dropped out of talks to buy recruitment group Imprint

Large buyouts that Reis has structured and advised on include Linde’s disposal of Kion, BASF’s disposal of Basell and the buyout, follow-on acquisition and sale of Sulo for Apax Partners and Blackstone Group. Earlier this year, Carlyle raised €5.35bn (US$7.9bn) for acquisitions in Europe.

• William Maltby has returned to as a vice-chairman of investment banking following a six month sabbatical. According to an internal memo, Maltby is assuming a senior coverage role in the UK and with the bank’s larger financial sponsor clients. Maltby, who has 22 years of experience in banking, was previously head of financial sponsors and leveraged finance, but when he went on sabbatical his leveraged role was assumed by head of high-yield and loan capital markets Brian Bassett.