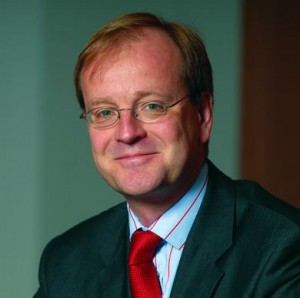 • , a global private equity firm, has promoted 17 members of its investment team. Chris Mruck, part of the Central and Eastern Europe team in Prague, has been promoted to managing partner, as has Dave McKenna, part of the North America team in Boston. Mruck helped Advent launch its Prague office last June and its Kiev office in September. The new office covers investments in the Czech and Slovak Republics as well as Hungary. Working alongside two other executives in the Prague office, Mruck joined Advent in 1997 after 10 years heading up the EBRD’s Czech office and has been involved in a number of Advent’s recent Central European investments, including Bulgarian Telecommunications Company, Czechoslovakia’s CCS, Kai Group and Brewery Holdings in Romania. In addition, Mruck acts as co-head of the regional deal team. Guillaume Darbon in Paris and Rory Pope in Tokyo have been promoted to managing directors. A further five team members were promoted to directors, seven to assistant directors and one to associate.

• Peter McNamara, former managing director of Alliance & Leicester, has been lined up by a consortium led by to front its bid for ailing UK bank . McNamara will be the executive responsible for risk management. A new finance director has also been lined up.

• has announced that Sachin Khajuria has been promoted to principal and Daniel Fine has been promoted to vice-president. Khajuria, who is based in the London office, joined Quadrangle in March 2007 as a vice-president focused on the firm’s media and communications private equity business. Before joining Quadrangle, he worked on leveraged buyouts and infrastructure investments at Macquarie for five years. Prior to that, he worked in M&A at Merrill Lynch and corporate finance at Morgan Stanley. Khajuria received BA and MA honours degrees in economics from Cambridge University, where he also won the Adam Smith prize, and is a member of Trinity College. Fine began working at Quadrangle as a senior associate focused on its media and communications private equity business in 2005. Prior to joining Quadrangle, he was an associate with CIBC World Markets in the leveraged finance group. He received an MBA from the Wharton School at the University of Pennsylvania and graduated magna cum laude from Princeton University with a BA in economics.