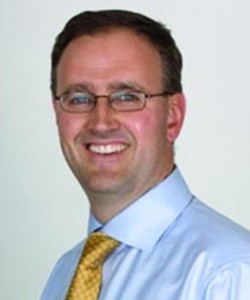 Bridgepoint has named Stephen Green as partner and head of its European financial services sector team in succession to John Davison who is leaving to pursue other interests after six years with the firm. Green takes up the position on 1 September. He joined Apax Partners Worldwide in 1997, became a partner in 2000 when he was appointed head of its global financial and business services team. In 2003 he was also appointed a member of Apax’s Approval Committee. He subsequently retired from Apax in March 2008. Prior to that he had worked in the MBO advisory business of PriceWaterhouseCoopers.

• Advent International, has announced Bob Wigley as an Operating Partner advising in particular on opportunities in financial services in Europe. Wigley has experience in the financial services sector having spent more than ten years until January 2009 with Merrill Lynch in a number of management positions, serving most recently as Chairman of Merrill Lynch Europe, Middle East and Africa. A former member of the Court of the Bank of England, he has also held a number of non-executive roles including sitting on the boards of Euroclear plc and LCH.Clearnet plc.

• Commerzbank is establishing a new Debt Restructuring Advisory business based in Frankfurt, with immediate effect, in order to capture new business opportunities during this stage of the economic cycle. The new group will provide restructuring expertise and advice for fresh money-raising, primarily to financial sponsors and their portfolio companies and will only act as adviser in situations where the bank is not already simultaneously a lender. It will advise on a wide range of aspects of a borrower’s financing needs, including syndicate management, waiver and covenant reset requirements as well as complex and comprehensive restructurings. The new group reports into Rolf Betz, Head of Corporate Finance Advisory.

• LDC, the private equity arm of the Lloyds Banking Group, has announced the appointment of John-Paul Preston to the LDC Legal and Risk team with immediate effect further enhancing this function currently run by Andrew Sandars. Preston joins LDC with over 10 years’ legal experience and a broad based expertise in a number of disciplines with commercial value to private equity businesses. Prior to joining LDC, Preston was a Legal Counsel at Coutts & Co., where he advised on the structuring and ran a number of investment vehicles, in addition to structuring finance for individuals and entities both on and offshore. Preston also gained M&A experienced as a Solicitor with Freshfields Bruckhaus Deringer, including reviewing bond and note issues, acquisition agreements and service and supply contracts.