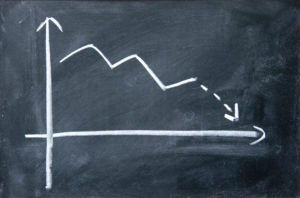 The percentage of women holding senior roles at buyout firms dropped for the second year in a row, according to data from Preqin.

Just 7.3 percent of senior positions at buyout firms are currently held by women, down from 7.5 percent last year and 9 percent in 2014, Preqin reported.

For private equity overall — which Preqin defines to include buyouts, venture capital, real estate and infrastructure — the percentage of women in senior positions increased. Women currently hold 12.6 percent of senior PE posts, up from 11.7 percent in 2015, said William Clarke, a Preqin spokesman.

Preqin provides data for the alternative assets industry, including private equity and hedge funds. The firm unveiled its “Women in Private Equity” report just in time for International Women’s Day.

Buyouts recently reported that while large buyout shops are rallying to attract women, middle-market firms still have few women on staff and even fewer in senior positions.

Preqin, which tracks more than 11,500 buyouts, venture capital, real estate and infrastructure fund managers, said the drop in women at buyout shops is a “cause for concern.” “The industry as a whole must continue to work to improve the employment rates of women at the highest level,” the data provider said.