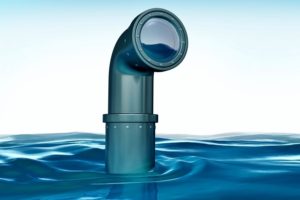 Periscope Equity II and a parallel vehicle are seeking $200 million, according to recently published Form D fundraising documents. No commitments were secured as of the date of the filings. M2O Private Fund Advisors is the placement agent.

If Periscope is successful, Fund II will be nearly twice the size of the Chicago private equity firm’s debut institutional fund, which wrapped up in 2018 at more than $104 million.

Fund I was backed by endowments and foundations, family offices, funds of funds, high-net-worth investors and pension plans, Periscope reported.

Tech-focused buyout and growth equity fundraising was robust last year and in early 2020, with an increasing number of emerging and established managers entering the space. This activity is fueled by the recent outperformance of tech deals relative to other PE deals.

Jarmel launched Periscope in 2013, his LinkedIn profile shows. He was a principal with Bridge for five years, leading business services investments, among them Prime Visibility, a digital marketing agency sold in 2011 to Blinkx, now RhythmOne. Jarmel chaired the company.

Before Bridge, Jarmel was a director with Lake Capital. Periscope’s other partner, John Findlay, joined in 2013 from Lone Star Funds, where he was a senior associate, his LinkedIn profile shows.

Periscope was set up to make control investments in lower mid-market, tech-enabled services and software businesses in North America. Target opportunities typically have revenue of $10 million to $50 million and EBITDA of $2 million to $8 million.

Periscope was a deal-by-deal investor before raising Fund I. An early investment was MicroMass, a Raleigh, North Carolina, medical marketing agency acquired in 2015 and doubled in size through a merger with SPS, another portfolio company. MicroMass was sold in 2017 to UDG Healthcare.

Other members of Periscope’s investment team include principal Eric Hinkle, recruited in 2017 from Willis Stein & Partners, and principal Alex Friedman, who came onboard the following year from Ardenton Capital Corp.

Periscope did not respond to a request for comment on this story.