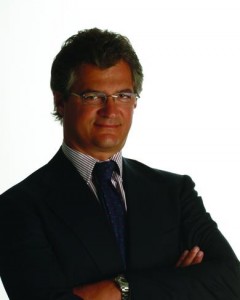 LBO giant Permira has appointed the former CEO of Telecom Italia, Riccardo Ruggiero, as a senior adviser. He will assist the investment team with sourcing opportunities within the technology, media and telecommunications industry, as well as advising on maximising value creation in its existing portfolio companies.

Ruggiero was at Telecom Italia for seven years, departing last year after having held a number of senior roles culminating in September 2002 when he was named chief executive. Whilst in this position he oversaw the expansion of the company’s fixed and mobile networks and developed its broadband and digital media offering worldwide.

Carl Parker, head of the Permira TMT sector team, said: “This appointment further reinforces our capability in the TMT space, one of the firm’s core sectors of expertise, where we have a long track record of successful investments over the past 25 years. Riccardo Ruggiero’s experience in this sector will be invaluable to help us identify exciting new investment opportunities and create further long-term value in our existing portfolio.”

Permira’s most recent and signifcant deal in the TMT sector came last year when it acquired a majority stake in ProSiebenSat.1 Media, the German television group. In April this year, the firm sold German mobile service provider Debitel to internet company Freenet for €1.6bn.

Permira’s hire comes about a month after CVC Capital Partners announced it was boosting its telecoms team with the appointment of Lorne Somerville to head up its investment in the sector.

Benelux law firm NautaDutilh has appointed Pierre Reuter as a partner in the firm’s Luxembourg office. He will head and further develop the recently established investment funds practice in Luxembourg.

He joins NautaDutilh with nearly 10 years of experience in the Luxembourg fund industry gained at Elvinger, Hoss & Prussen and Linklaters. Reuter becomes the third new partner appointed this year at the firm’s Luxembourg office, following the appointment of Jean-Marc Groelly and Jean-Michel Schmit in January 2008 and March 2008, respectively.