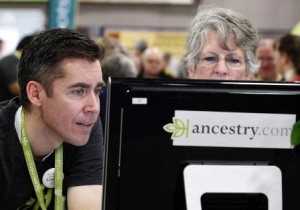 Permira Advisers LLC, the buyout firm that owns most of privately held Ancestry, has hired investment banks to run an auction for the company, the people said this week.

The sources asked not to be identified because the sale process is confidential. Permira declined to comment, while an Ancestry spokeswoman did not respond to a request for comment.

Based in Provo, Utah, Ancestry has a database of more than 15 billion historical records and more than 2.1 million paying subscribers. Subscription fees accounted for 83 percent of its total revenue of $619.6 million last year.

In addition to offering genealogical data, Ancestry provides a DNA service that allows customers to discover their genetic ethnicity and find relatives with a common ancestral match.

Permira outbid other private equity firms to take Ancestry private in 2012 for $1.6 billion. Ancestry’s subscription revenues have grown to $553.8 million last year from $334.6 million in 2012.

Ancestry’s adjusted EBITDA were $214.8 million in 2014, according to its most recent annual report.

(Reporting by Liana B. Baker in San Francisco and Greg Roumeliotis in New York for Reuters)