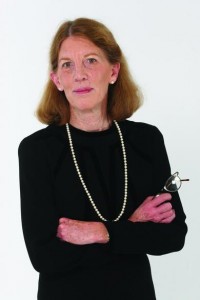 Patricia Cloherty is quite a distinguished figure in the world of international venture capital and private equity. She joined the industry back in 1969 as an analyst with Patricof & Co. Ventures (now part of Apax Partners) when Venture Capital was an obscure corner of financial markets. In her 30 years with Apax Partners she rose to the positions of general partner (1973), President (1993) and finally co-chairman (1998). During her tenure with the company she was among pioneers of venture capital in Western Europe in mid-eighties and in Japan at the beginning of nineties.

In mid-nineties she was sent to Russia, appointed by the White House to serve (for free) on the Board of Directors of $440 million US-Russia Investment Fund (now Delta Private Equity) financed by the US government. And in 2003 she was elected CEO of the firm.

What made you come to Russia for the first time?

In 1995, when I was a president of Apax Partners US, a $10 billion private equity company, President Clinton appointed me to the Board of Directors of the U.S. Russia Investment Fund. At that time there were neither private equity business in Russia nor people to run such companies. The US government promised to invest $440 million. But do you know any government to fulfill it’s promises? Actually we got $329 million. We successfully invested this fund and are returning all money we got till the last penny. This fund stopped investing on the 16th of June 2004, having invested in 44 companies and sold all of them but the last four. In 2003 a successor private fund, the Delta Russia Fund (DRF), was formed. I returned to Russia to become a CEO of the new management company to manage both funds. DRF already has made 11 investments. Five of them have been sold, with a healthy internal rate of return.

What level of IRR do you expect in Russia?

Mid-double digits. We have already sold a number of companies with better results than that. And we have many new projects in the pipe-line. But I don’t want all EVCA (European Private Equity and Venture Capital Association) members to be here to compete with us. So we better not write about it.

What was your most profitable exit in Russia?

Maybe Channel TV3. We invested in eight rounds of financing into this company starting in 1995, and we sold it with a return of 14.8 times the investment.

You spent time with private equity companies around the world. Do you think that basic principles of PE are universally applicable?

In most parts of the world, private businesses, mainly family-owned businesses, predominate. They don’t like to sell shares (ownership), preferring to borrow instead. This is true for most societies. Such wealthy elites often have banks of their own from which they borrow.

PE and venture capital businesses flourish best in societies that believe in equal opportunities for everyone. This morning I finished reading a book about US Revolutionary war. The US was then a new country. There were no classes, as such, in the US then. Everyone was an entrepreneur. Private Equity and venture capital are natural businesses for such a country where everyone can be and wants to be an entrepreneur.

Do you think that Russian society believes in equal opportunities?

When the old world of the Soviet Union dissolved, everyone had to become someone else because their old world disappeared. Everyone had to figure out how to make a living. In the mid 90’s in Russia, private business was new, very much in a developing stage. Now it is becoming more and more disciplined and sophisticated. People are looking for opportunities, and they are finding them.

Do you plan to launch a new fund?

Yes we are doing so. We plan to raise $500 million. This is first time in my career when we are using an agent to help in raise money. It is all about communication across long distances and time zones. An agent in the West is very useful in this respect.

Working in Moscow do you feel competition with local financial powerhouses?

Quite the opposite – we generally co-invest with local funds. We have had projects with all major players here – Basic Element, Alfa Capital, Nafta Moscwa and others. We supplement each other. And this is the way to spread risk and to increase deal flow.

It is part of Delta’s strategy not to invest into natural resource’s projects. Why?

We don’t have expertise in investing in natural resources businesses. Working with various commodities requires specific knowledge we don’t possess.

How many projects do you have to consider to find one to invest in?

Usually we invest in one of every 50 projects. In APAX US, we considered 2,000 projects per year to invest in 10 or 12. But it is not correct to compare these situations. In the US it seems everyone is writing business plans and sending them to financial institutions. It is like a publisher who receives thousands of unsolicited novels per year from amateur writers. Most of the business plans were turned down because they came from unqualified people.

Do you regret any projects that you’ve turned down?

I do not regret things. But I have one good example from my experience in the US. It was not my project, and I was not a decision maker in this case. But I asked a young investment manager who was reviewing the business plan of Starbucks, “Who would pay US$3.00 for a cup of coffee?” It was in 1989. You could buy a cup of coffee for 50 cents. Well, it turned out that half the world would pay US$3.00, and more! I couldn’t imagine that. This is a story of my experience in retail advice.

You mentioned retail. There is a public notion that retail is one of the best sectors for investment in Russia. Do you agree?

I think that retail is interesting, but it is a difficult area, mainly because real estate is very expensive in urban Russia. This hampers the effective development of retail. We are looking also at technology, media and telecommunication. And we are interested in financial services. Generally the most promising area for us is consumer-oriented services and products, which include the three areas I mentioned.

Are you taking the political risks of modern Russia seriously?

We are diversified to limit risk. We never invest in strategic or state-controlled areas of the national Russian economy. We think about political risks, of course. But we have never been affected negatively by political issues. In Mr. Putin State of the State speech this year, he mentioned as priorities innovation, entrepreneurship, education for a modern economy, and diversification. That is exactly what we are doing. So it was music to my ears.

What is the main problem for PE in Russia?

The lack of experienced managers. This universe is expanding year-by-year but good management is still a scarce commodity here.

What is Delta’s way of looking for new projects? Do you call prospective companies yourself?

Yes we do call. But we also have other sources. In 2002 we launched a training centre for entrepreneurs, The Center for Entrepreneurship, and established the award for Entrepreneur of the Year Award Program. These help us locate able people.

Do you think that the Olympic Winter games 2012 in Sochi will boost the region. Do you plan to invest there?

We are ready to invest in every region of Russia for the appropriate opportunity. I think it is a good idea to organize Games in Sochi. There will be many opportunities, such as in the area of training. A large number of people will be trained to world class hospitality industry standard, which will benefit Russia generally.

You are one of the most seasoned Western managers in Russia, what is your general experience from working here?

Being risk investors, we must be interested in Russia. Change is the essence of our business, the art of making change a positive fact in people’s lives, not a negative one. This is a country of dramatic changes. Therefore it offers large opportunity.

IPOs are very fashionable in Russia at the moment. Is private equity an alternative solution for Russian companies?

I’d recommend considering PE before doing an IPO. It is not easy, nor is it cheap, to be a public company. It requires a very high level of transparency. Finding a professional private investor is the best way to prepare one’s company for going public.

What kind of services can your fund provide to Russian companies to help them to raise their capitalization?

We do not manage or micromanage companies in which we invest. Their managers do that. But we help them to optimize their businesses, to find new partners, particularly in the West, to raise the level of transparency, and to develop smart strategies. That is the value we can add.