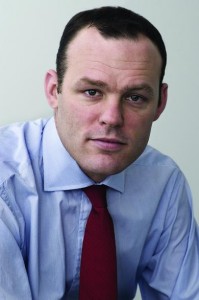 Since joining Phoenix, he has been involved in the firm’s acquisitions of and of , and, most recently, in the £124m transaction. Commenting, Hugh Lenon, Managing Partner, says: “Chris has made a very valuable contribution to Phoenix’s investment activities during his first 12 months with us and his promotion is much-deserved”.

, the UK mid-market private equity firm, has appointed John Rastrick as a principal with specific responsibility for Phoenix ‘s activities and investments in the North of England.

Prior to joining Phoenix, he was working for 3i in Manchester and Leeds for four years. He qualified as a corporate finance lawyer with Pinsent Masons before joining Hammonds.

Commenting on John’s appointment, Hugh Lenon, Managing Partner, said: “Phoenix is committed to investing in middle-market businesses throughout the UK. In 2006 alone, we invested in businesses in Aberdeen, Edinburgh, Derby, Birmingham and in London, and John’ appointment brings significant extra senior muscle to our UK-wide deal generation and execution activities.”