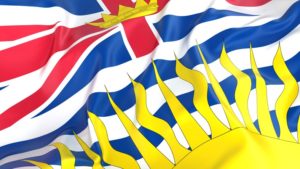 British Columbia Investment Management Corp, which has been allocating more capital to direct private equity investing, saw an outsized 2021 return in part because of that shift.

BCI generated a one-year net return of 29.6 percent on its PE investments at the end of December, according to an annual report issued last week. This topped a benchmark return of 14.9 percent.

PE investments also performed over five years, delivering a net of 21.5 percent against a benchmark of 13.2 percent. This measure of the portfolio’s track record is especially relevant as it was over the past six years that BCI changed the balance of direct versus fund investing.

In 2016, BCI decided to allocate a greater proportion of resources to co-sponsorships and co-investments. At the time, these accounted for less than one-fifth of PE assets. Today, the share is closer to 38 percent. The long-term goal, Buyouts reported two years ago, is to split the portfolio evenly between directs and funds.

LPs are attracted to direct investing as a way of saving on the carry and fees they pay to funds. Going beyond co-investments, however, and directly acquiring stakes in private companies, requires the development of hefty internal capabilities – a step many large and mid-sized Canadian pension systems have taken.

In the case of the C$211 billion ($164 billion) BCI, the payoff appears to be significant. In the annual report, global private equity head Jim Pittman said directs have outperformed funds on a five- and 10-year basis.

BCI’s increasing focus on direct investing was on display in last year’s record deal market. It disbursed an unprecedented C$6.8 billion, C$2.2 billion of which went into private companies.

Deals included BCI’s investment alongside PAI Partners in the $3.3 billion acquisition of Tropicana and other juice brands from PepsiCo. The carveout led to the formation of a new business, Tropicana Brands Group, in which PepsiCo holds an interest.

In addition, BCI partnered with Searchlight Capital Partners in an investment in Adams Outdoor Advertising, the fourth largest, and largest privately held, out-of-home media operator in the US. It and Gamut Capital Management also backed PS Logistics, a flatbed transportation and logistics provider.

On the exit front, BCI and AEA Investors sold Springs Window Fashions, a maker of custom window coverings, to Clearlake Capital. Among other liquidity events was the sale of about 70 fund positions, helping to drive distribution flows of C$8.5 billion.

Last year’s performance contributed to the expansion of portfolio assets, which stood at C$24.8 billion at the end of December, up 20 percent from a year earlier. Private equity now makes up 11.8 percent of all assets.

Pittman joined BCI in 2016 from Public Sector Pension Investment Board, where for more than a decade he was a managing director, private equity. Named to his existing role in 2019, he leads a PE team of 45 professionals operating from offices in Victoria, BC and New York.