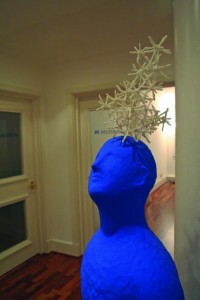 Placement Agent of the Year was MVision. The firm had a dozen full closes in 2007, of which eight were in Europe and four in the US. There were also 10 partial closings, of which six were in Europe. “When you add that all together it totals nearly US$30bn of capital,” says MVision founder Mounir Guen. He adds that, while statistics like that speak for themselves, it is not the size of the fund that is the important thing but the quality of the clients.

In the Segulah fund 100% of the firm’s existing shareholders reinvested and this, combined with new investors, meant the fund was five times oversubscribed. Mid Europa Partners secured commitments from over 60 leading investors to launch the largest ever Central European buyout fund.

EQT Expansion Capital, which provides mezzanine for the expansion plans of mid-sized companies, significantly exceeded its original target of €350m. Abingworth, the international life sciences investment group, raised the largest venture fund dedicated to life sciences raised by a firm based in Europe. The fund’s target of £250m was significantly oversubscribed but Abingworth decided to limit the fund size to £300m.

“These are all leaders in their field and we’ve been very fortunate in the calibre of clients we’ve been able to work with,” says Guen.

So, what does he think makes MVision special? “We’re very loyal to our clients, we give good advice and we aim to work with them over a 15 to 20-year period. Also, we’re hardworking and creative in areas such as processes and communications.”

MVision has a team of top professionals from different business and cultural backgrounds. Collectively, they have worked on over 200 limited partnership or private equity funds, invested with more than 80 LPs and been involved with more than 70 direct deals. The team has developed good relationships with leading private equity investors in Europe and elsewhere, including governments, pension funds, financial institutions, insurance companies, fund-of-funds and family offices.

The core elements of MVision’s approach include complete understanding of clients’ businesses and aspirations, deep knowledge of the global investor base, strategic guidance, comprehensive marketing materials and meticulous planning.