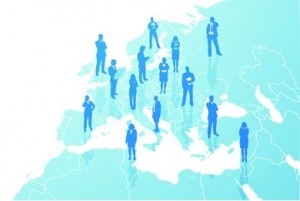 This has resulted in a marked rise in the use of placement agents in emerging markets. According to statistics from London-based , in Central & Eastern Europe (CEE) and Russia, seven out of 27 funds on record, or about 26%, have used placement agents since 2004 (26%). For CEE alone the amount is four out of 14 funds. Fund raising for CEE totalled US$3.6bn in the first half of 2007 and Russia and CIS funds accounted for US$2.1bn of total commitments.

In a recent move of this type, the London and Budapest-based , a private equity firm focused on buyouts in Central Europe, worked with the London-based placement agent MVision Private Equity Advisors to attract capital commitments in excess of €1bn for the first close of its third fund, Mid Europa Fund III LP, in just four months. Fund III was launched in May 2007. Mid Europa has voluntarily capped Fund III at €1.5bn of capital commitments, which the firm expects to reach in Q4 of 2007.

There are no statistics available for the Asian market, but placement agents agree they are seeing significant growth in that region. For the Middle East, in particular, most placement agents feel that the market is just at the outset.

Mounier Guen of MVision, says: “What has happened overall is that a certain amount of investment now must be made in emerging markets as a matter of diversification. Asia is at the forefront of this investment; Asia is a must. CEE is the area to watch for growth in the coming year. And the Middle East is starting up, and expected to become more important in the future.” MVision has formed several teams recently which are dedicated to emerging markets.

MVision also was sole fund raiser for the Stockholm-based V, which closed its second Chinese fund on €420m. The EQT Greater China II fund is focused primarily on mid-market buyout and control investments based in or connected with China, Hong Kong and Taiwan. Its LPs are a broad range of global institutional investors, family offices and endowments from the US and Europe. Investor AB, the Swedish investment company which is partly owned by EQT, has committed around €154m to the fund.

Acanthus also dedicates specialised teams to emerging markets. Armando D’Amico, managing partner at Acanthus, says: “We are most interested in CEE, but we are beginning to look closely at other markets like the Middle East.” Last June, Acanthus was the sole placement advisor to Krokus Private Equity, which announced the final close of its Nova Polonia Natexis II Private Equity Fund at €100m against a target of €75m. Commitments were made by a variety of international investors, including Natexis Private Equity, the European Bank for Reconstruction and Development, InvestKredit, Suomi Mutual Life Assurance Company and Amanda Capital.

The trend for fund raising in emerging markets is clearly backed up by data from the various regions. Fund raising in the emerging private equity markets of Asia, Europe, Latin America, the Middle East and Africa reached record levels in the first half of 2007 with 107 private equity funds raising US$21.5bn in capital commitments in the first half of 2007, compared to US$33.2bn raised by 162 funds in all of 2006, according to the Emerging Markets Private Equity Association. Research from Zurich-based SCM Capital Management suggests that at least a quarter of this activity involved placement agents at some level.

A recent survey of LPs by the Emerging Markets Private Equity Association showed that about 70% of LPs rely on and believe in the use of placement agents for market intelligence in emerging markets.

According to SCM research, Asia large buyouts might outperform those in Europe over the next few years. SCM’s insight into the performance of private equity funds in the region suggests that Asian private equity funds mirror the performance trend seen in Europe and the US for the last few years. “Obviously we are all closely watching and much involved in this movement,” says Mark Cunningham of Helix Associates. Helix has partnerships in Dubai and Australia which helps to keep the firm tapped into what’s going on in those markets.

And what of the Middle East, where eight funds have seen placement agent involvement in only two of those funds? “Patently, there is a lot of liquidity in the Middle East, but private equity investments are new to investors there,” says D’Amico. “It is an idea that is catching on.”

Track record is the largest factor to limit fund raising there. As one placement agent puts it: “If you look at South Africa, you have a long record, almost 15 years, of fund performance to consider. The Middle East has barely three years logged in at this point. When there has been more activity, funds and placement agents with them will focus on it more.”