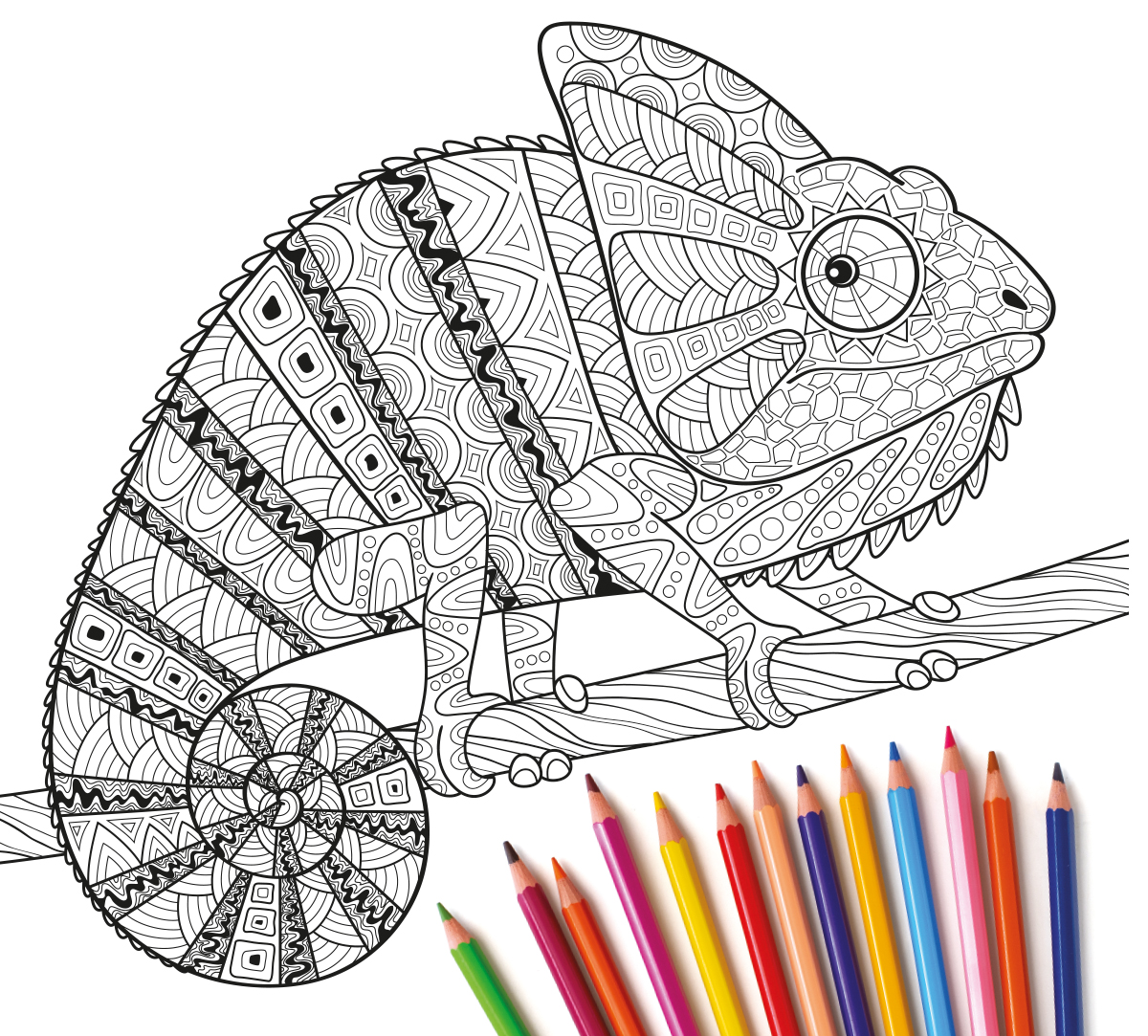 As the nation prepares for a new occupant in the White House and deals with an unsettling rise in coronavirus cases, private equity-backed companies that successfully pivoted operations in response to the pandemic are well-positioned for future turbulence, be it another lockdown, political and social unrest, or natural catastrophes.

These companies had to retool their goods and services or switch their target markets in response to the pandemic. Consider Suuchi, an Edison Partners-backed fashion-tech business that switched from its core business – catering to clients in the lingerie and baby clothing sector – to quickly build a new revenue stream by re-purposing part of its global supply chain capacity to mass produce and source personal protective equipment (PPE). On a more lurid note, Blackford Capital’s Mopec, a morgue equipment provider, doubled down on its core business. In the wake of a nationwide rise in deaths, Mopec launched a low-cost, mass-produced morgue storage rack, marketed a CDC-compliant body bag and expanded its client base to include state governments.

“Not all were able to act this swiftly,” says Matt Zimmer, managing director and head of William Blair’s Services & Industrials Investment Banking groups, speaking from Chicago. “But this market was so unique that the ones that acted quickly are in better shape.”

Sister title PE Hub compiled data on these strategic shifts across the US for months, collecting the responses of almost 60 PE-backed companies on how they were adapting to the uncharted waters of the global pandemic.

Now, as we roll into 2021, companies that achieved structural changes or outperformed amid accelerating trends in consumer behavior – be it around tech, food retail or healthcare – ought to remain winners, albeit with covid-driven growth rates normalizing. PE-backed-businesses that were forced into faster decline will remain challenged ahead.

In this polarized environment with clear winners and losers, the agility and resources brought by private equity have helped companies weather the storm. “Firms backed by PE have access to advice, resources and financing that other firms do not and are far more likely to survive this kind of a downturn,” Paul Gompers, a Harvard Business School professor who recently co-wrote a survey on portfolio performance, says in an emailed response.

Managerial creativity is key
That said, however adept the PE firm, an outstanding management team is key for a company facing a never-before-seen crisis, according to Rob Pulford, Goldman Sachs’ new co-head of North America sponsor coverage.

Management consultants with a ground-zero view found that GPs quickly reacted and helped entrepreneurs in making pivotal decisions during the peak of covid. “Cost management was the first sort of action,” says Allison Gans, partner at Bain & Co, who works with portfolios and funds for growth.

“We also saw tremendous acceleration in exchange of information and problem solving between firms that earlier used to communicate on a quarterly basis,” says Jason Philips, who as a McKinsey partner leads portfolio company transformation work.

Enoch Minn, partner in the Boston office of consultancy firm Parthenon EY, witnessed PE applying learning and expertise that stemmed from prior investments. “[GPs] can bring their unique perspectives for the management teams and react where they have a great deal of experience to leverage.”

Such was the case with one consumer packaged goods brand that sold through grocery channels, Minn says. “As we started to understand what were the potential trajectories or adjacencies, we saw that the PE firm already had experience in burgeoning channels.” As a result, the firm engaged in a dialogue on the work they had done in other investments.

That said, even with the backing of smart money, successful operational shifts are mainly the result of good management. “With a great PE firm, they [companies] have more access to resources but at the end of the day, if they need to pivot focus because of covid, the management would be the biggest driver,” Pulford says.

Case in point: VSS-backed managed IT services provider Coretelligent witnessed an increase in demand from clients as they shifted to remote working. While Coretelligent handled the covid-accelerated growth through hiring, among other things, the PE firm’s role was primarily at the strategic and board level, not day-to-day operations, according to VSS managing director Trent Hickman, who serves as chairman of the portfolio company.

Similarly, Tritium-backed RVShare turned to its financial backers for financial support, but it was the executive team that found creative means to thrive amid the pandemic. The RV rental marketplace drew $13.5 million in equity from a $50 million pool of committed capital when the crisis hit, which helped to stabilize the business after “cancellations drained a lot of cash from the balance sheets,” says Philip Siegel, managing partner at Tritium.

Meanwhile, RVShare CEO Jon Gray reinvented the business and began renting out vehicles to doctors and utility companies in the early covid days – tapping into a new clientele. When Americans became comfortable traveling again, Gray teamed up with IKEA’s TaskRabbit and got disinfecting measures in place.

Gray’s innovation paid off. In October, the company received over $100 million from KKR and Tritium Partners to scale up.

What happens to the losers?
During election week, the US surpassed more than 100,000 new daily covid cases, a spike signaling a difficult winter ahead for the US, potentially joining the UK, as well as other countries in Europe, in another nationwide lockdown.

With consumers potentially forced to stay at home once again, the health of portfolio companies in areas like gyms and hospitality may further dwindle.

“In most parts, the [fitness] industry is down,” says Michael O’Koomian, founder and managing director at MOK Capital Advisors, an M&A firm that advised Fitness Ventures – a Crunch Fitness system franchise – in its pre-covid sale to Prospect Hill Growth Partners.

“It’s more like survival; you can be making a little bit of money, hopefully get a good first quarter,” he says. “But most people’s consensus is it’s probably 2022 where we will see growth in fitness – an 18-24-month wait.”

Fashion, retail and travel portfolio businesses have been the hardest-hit victims of the pandemic wreckage. “Some beauty stores are filing capacity with hand sanitizers,” says Hershel Gerson, who recently joined ROTH Capital Partners as managing director and co-head of consumer investment banking.

As a result, companies in these sectors have seen a lot of bankruptcies. JCrew, Neiman Marcus and Hertz are LBOs that went bust this year.

Bankruptcy filings among large companies – those with at least half a billion dollars in liabilities – surged 120 percent year-on-year by the end of August, according to a Jefferies report. The bank attributed a dearth of cash to pay bankruptcy lawyers as the reason for fewer small company bankruptcies.

This has created opportunities for investment firms like Retail Ecommerce Ventures. “People think we are taking advantage of one shift right now,” says Alex Mehr, CEO at the firm. REV is known for acquiring IP or trademarks of businesses unable to move online and refashioning them into e-commerce titles. “But it’s the cycle of innovation that continues to disrupt; it moves so fast.”

REV is funded by a group of high-net-worth investors. In August, the firm bought 131-year-old Modell’s Sporting Goods for $3.64 million and Pier1 for $31 million in July. Recently, Pier 1 was relaunched as an online store.

In the future, Mehr expects “any retail that fails to do a hard pivot into e-commerce [to] fail.”

M&A and the market ahead
While the upcoming second wave is worrying, the PE-backed M&A market is undeterred. By the end of October, investors deployed $416 billion across 6,473 deals – surpassing any previous year since 2007 both in deal value and count, according to Refinitiv.

In recent activity, Carlyle Group and Vista Equity agreed to acquire Tribute Technology from Providence Strategic Growth (PSG), according to sources familiar with the matter. The software-as- a-service platform for funeral homes in the US and Canada benefited due to its end-market and remote online features, sources say.

As was the case with Tribute, end markets and pivots made by companies are likely to be where private equity investors deploy their capital in 2021. “In our mind the world has changed,” says Zimmer, speaking from Chicago. The increased focus on health safety and cleanliness has fueled PE and strategic interest in purification, sanitization and filtration technologies within the industrial technology domain. “We have seen many businesses jump from single digit EBITDA to well into the $30 million to $60 million in EBITDA.”

In addition, “anything on the warehouse automation side is thriving,” Zimmer says. The banker’s team is working with companies that develop conveyor systems with integrated software.

On the consumer front, there’s “a lot of money being thrown at [the] connected fitness space,” O’Koomian says.

In the end, the differentiators are going to be the ones driving the M&A market. That said, they will not necessarily generate higher deal multiples, especially if the product – masks or personal protective equipment, for example – that they pivoted to has a shelf life in place.

“You are not buying a company based on the current earnings; you’ll be taking a five-year view,” Pulford says. “At the moment that is quite hard to do.” On the other hand, for tech companies, there’s a premium for growth, “but it’s not a one-off annual covid impact, the growth trajectory was [always] there.”

In a world of change, to paraphrase David Bowie, success comes to those who turn and face the strange.