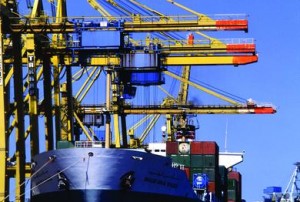 In the first quarter of this year the German economy grew by 1.5% quarter-on-quarter, the strongest quarterly growth for 12 years. Although most forecasters do not expect this level of growth to be maintained, it is still good news for the German economy and a welcome fillip for many private equity funds active in the country.

Overall, the Bundesbank expects growth this year to be just under 2%, compared with 2.5% last year. A weaker second half of 2008 is expected, due to higher oil prices, the strong euro and the weakness in the US economy. Nevertheless, the performance is encouraging for Europe’s largest economy and suggests that the coming year may not be quite as tough for many private equity portfolio companies as had been expected.

“Right now, the German economy seems very strong and the unemployment figures published recently show another fall, while a couple of years ago everyone was writing off the country as the sick old man of Europe,” says Peter Blumenwitz, a partner at mid-market buyout house Buchanan Capital. “Every company we talk to seems to be doing well, despite the high oil price and the strong euro,” he adds.

According to Buchanan, the credit crunch has not dramatically affected the German mid-market and lower mid-market.

“In these markets the banks are more than happy to provide finance,” he says. “In fact, in some senses there’s been an improvement as some of the larger banks that can no longer do mega deals are fishing in smaller ponds.”

Karsten Hartmann, head of HgCapital in Frankfurt, says that deal flow is down compared with previous years but is “not disastrous”. He adds that vendors seem to be more willing to sell in the current market than they were at the start of the year.

In terms of the debt situation, Hartmann says, it all depends on the kind of transaction and the quality of the company. For a good company that is performing in line with expectations and has not run into any financial problems, debt can usually be accessed, he adds, especially for a secondary deal where there is usually an existing banking syndicate that knows the asset inside out.

In many secondaries, says Hartmann, the original banks are willing to finance a follow-on deal. For other transactions, the banks will want to club together before signing in order to avoid underwriting the debt.

The sale of Debitel to Freenet raised €1.6bn and Permira will take a 25% stake in the publicly listed Freenet. Permira acquired Debitel in 2004 for €842m from Swisscom.

Montagu’s sale of Stabilius to Paine & Partners garnered around €500m. The business was acquired from Derma Holding after an MBO in 2004.

Waterland’s sale of Lowen Play brought in around €300m, in a sale to France’s Axa Private Equity. Waterland bought the business for about €100m in 2006 and, with help from deregulation of the industry in Germany, increased sales from about €50m to €100m.

Other investments include Industri Kapital’s acquisition of mirror company Flabeg from German private equity fund EquiVest for an undisclosed sum.

Among forthcoming deals are the sale of a stake in conglomerate Evonik Industries, which comprises the energy, real estate and speciality chemicals businesses previously held by RAG. A 25% stake is being sold for around €2bn, with a group of private equity houses the favourites. The group includes Blackstone, KKR, Bain Capital and CVC.

Dorte Hoppner, director of German private equity association the BVK, says: “The fact that these firms are looking to take a minority stake in Evonik shows that they are adapting their approach in the light of the changed market conditions.”

Other pending deals include the sale by Siemens of Siemens Enterprise Networks (SEN), which sells telecoms equipment and services to corporate customers. In the financial year 2007 SEN’s sales fell 10% to €3.2bn and it made a loss of €600m. US private equity house Cerberus is reportedly the favourite the acquire SEN, although trade buyers including Nortel, Alcatel and Lucent are also said to be interested.

There is also expected to be private equity interest in troubled German lender IKB, which has been hit by investments linked to the US sub-prime crisis. IKB, which lent mainly to Germany’s mid-market Mittelstand companies, became notorious last year as one of the first banks to unveil major problems due to sub-prime investments and is on its third bailout since last July.

Among the bidders are US private equity funds Lone Star and Ripplewood and Swedish bank SEB. IKB’s middle-market business is reportedly worth €700m–€800m.

But some possible deals have hit the buffers. Apax was looking at investing in troubled fashion company Escada, which has suffered financial problems for several years and has seen its share price drop dramatically since last summer. Apax withdrew from talks in April, which Escada said was due to the stock price and the weakness in world financial markets.

Jan Janshen, general manager at Advent International in Frankfurt, says that purchase prices remain high despite the fact that deal volumes are down, as are debt prices and multiples.

“Valuations have remained firm because there’s still a lot of money chasing limited supply,” says Janshen. Debt finance is available but has become less of a commodity and more of “an art”, he says.

“It’s still there, but you have to work for it because there are fewer providers, although there have been some new players among the banks with strong balance sheets that were too conservative to be exposed to the sub-prime sector,” Janshen says.

HgCapital’s Karsten Hartmann agrees that valuations have held fairly steady. He highlights a couple of recent automotive deals, which came in at around 6x Ebitda, which is at the upper end of the price range.

The fall in debt multiples and continued high valuations means that equity sponsors are having to increase their investment from 30%–35% to 40%–45%, says Hartmann.

With debt supply squeezed, private equity houses that use less leverage are at an advantage. Janshen says that Advent International has not been driven by financial engineering but on improving a company’s market position and its structure.

“We focus on internationalising a business, restructuring and high growth and all these three approaches require a high equity investment,” he says.

Janshen says that after the credit crunch broke, Advent carried out an inquiry into how its portfolio companies would perform in a less benign environment. “We concluded that they were in pretty good shape and that they could probably grow their way out of any problems,” he says.

But he adds that he is sceptical about the likelihood of a major default of a private equity deal in Germany in the short term. This is because the financing structures used on these deals were not that tight.

“Covenants were loose and there was no need to pay off the debt until the end of the term, so you’d have to be in fairly dire straits not to be able to service the interest,” he says.

Buchanan Capital also favours a high equity ratio, says Blumenwitz. “We look for companies that are able to grow both within Germany and overseas,” he says.

“Because we’re investing in growth companies, we don’t need so much leverage, so our debt-equity ratio is around 1:1,” he adds. “That means if there was a recession our portfolio companies would have some protection and hopefully wouldn’t need to go back to the banks, while in a growth scenario they have the capital to expand.”

When it comes to the legal and regulatory environment, there is a perception that many of Germany’s lawmakers are not that supportive of private equity and rather suspicious of foreign investment. Proposed legislation from the federal government would allow it to veto any non-EU investment adding up to 25% or more of a German company.

This would only be applied in cases that threatened “public order or national security”. It is said to be aimed at preventing the acquisition of German technology and exporting the jobs to lower-wage economies. An early version of the bill had applied it to all non-German investments, but this had to be modified in the light of EU law.

Karsten Hartmann says the bill is mainly aimed at sovereign wealth funds, rather than private equity, and he believes that it is unlikely to go ahead as written.

Other proposed legislation includes a law governing venture capital, which is likely to be finalised in this month. But this law will only cover early-stage ventures, says Dorte Hoppner, adding that there is still a need for an overarching piece of legislation governing private equity funds in Germany.

Her main concern is a regulation from the ministry of finance stating that all private equity and venture capital funds set up this year will be subject to VAT on management fees.

“No other country in Europe has this and it’s a big disadvantage to the development of Germany’s private equity industry,” says Hoppner. She adds that the BVK will be lobbying the state governments in an attempt to halt the process.

“It’s regulations like this that explain why Germany’s biggest private equity fund has only €650m, which is pretty small compared with many of the overseas funds,” says Hoppner.