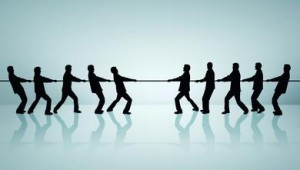 With the global economy heading for a downturn and possible recession, questions need to be asked about the current systems in place meant to align GP and LP relationships. The economic and financial environment of early 2008 looks very different to early 2007. Then, the economy was strong and private equity managers were calling the shots as investors scrambled to get access to the best performing funds. Before the golden age of private equity – roughly 2004 to 2007 – it used to be that the main form of incentive was carried interest, but larger fund sizes have meant that management fees have taken on much more significance as a source of income for GPs.

Limited partners have regarded the static nature of the management fee as an irritant. It has remained stubbornly stuck at the same level it was when fund sizes were much smaller – an average of 1.5%. This, argue LPs, is bad for business because management fees dilute incentives for GPs to achieve best performance.

If fund raising is to become more difficult as well as investing the huge sums the industry has already raised, are LPs going to be able to wrestle power back? It’s a question LPs have opined about over the last few years, but few have the bottle to back up their complaints. Sam Robinson, private equity director at says that “we often go to conferences and the LPs whine about how their terms are really bad and then the next year they go out and commit again”.

Robinson is fairly dismissive of the idea that terms will change if tough times are ahead, on the basis that they haven’t done in the past, other than GPs being a bit nicer to investors and giving them more time to conduct their due diligence. The only place where things might change is for the less successful funds. “Stuff at the margins will more likely change,” Robinson says. “Following the dot.com days, the very best VCs were still able to charge what they wanted, but the guys on the margins did change their terms.”

The problem for the LP who wants terms to change is that the industry, despite being the powerhouse behind M&A activity in recent years, is still a fairly small community. Private equity funds tend to have the same lawyers and the same LPs, which means, says Robinson “that if something happens to the terms with one, it will happen to another as the news filters through to them all”.

This doesn’t mean that GPs can be flippant with regard to their relations with investors. “Even at the peak of GP power they still wanted to surround themselves with LPs who are going to be there when things aren’t so good. GPs are keen to have six to eight core investors who will be around in five years time, and as such these LPs are sophisticated investors with whom the GPs know they cannot push it.”

At , the London-headquartered placement agent, research was published last year which revealed the main gripes LPs had about GP behaviour. Two-thirds of GPs and LPs thought the relationship could be improved, with fund terms proving to be the main source of friction. Of investors surveyed, 78% of LPs believed that fees caused a divergence of interest against 37% of GPs. Eighty percent of LPs thought investor protection clauses were too weak against only 12% of GPs.

“Last year it was amazing how much power was on the GP side,” said Armando D’Amico, managing partner at Acanthus. “Up until recently, the GPs were raising ever larger funds, and it was in these large funds – over €1bn – where LPs thought terms were being dictated to them.”

Are things changing? “In the mid-market – where GPs have generally been more humble – yes, but it will take time. And even here, it will depend on the fund. Funds that focus on special situations are in high demand, as are those investing in Emerging Europe.”

Large fund sizes are also an issue for John Gripton, managing director at fund-of-funds . He agrees with the sentiment that the market is not seeing a lot of change with regards to fees, but says: “we have been concerned about funds getting too big in light of the problems with the debt markets. We don’t believe the mega deal is dead, but we do believe we won’t see one complete in 2008.”

Despite this, Gripton doesn’t believe GPs will be coming back to LPs and reducing their fund size as happened during the fallout from the Internet bubble, and as a result, he doesn’t see the balance of power between GPs and LPs changing. “If they did come back and do this there would be a sense that LPs would be in a better position when negotiating terms.”

However, as long as the appetite for private equity for LPs remains – and all recent surveys point to planned increase of allocation – there is no strong motivator for GPs to change their terms and reduce fees. “I can’t see there being any room for manoeuvre for LPs,” says Gripton. “It may become an issue if GPs were wanting to increase the amount they were raising beyond what the LPs were comfortable with, but it’s difficult to see LPs’ appetite decreasing.”