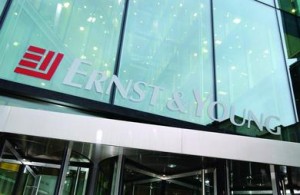 In 2006, investment in Ernst & Young’s private equity team and a more insightful due diligence approach created significant growth for the practice. The group increased its share of deals done and its PE-related revenues increased by 40%, involved in over 100 deals across 40 countries.

Its recruitment programs, such as Transactions Support Conversion Program; Route Home; and the European Analyst Programme, were market-defining and highly successful. In the UK, Ernst & Young hired 26 recruits from its competitors in 2006, including two partners.

Last year, the firm also released some compelling research where it focused on the 100 largest exits by private equity investors in Western Europe in 2005. This research was a market first and provided the private equity industry with a unique benchmarking opportunity. As a testament to the effectiveness of the research, Ernst & Young was asked by Apax Partners to present the research to the board of Vodaphone.

In 2006, Ernst & Young successfully leveraged the contacts made during the Ernst & Young Entrepreneur of the Year Awards programme to make management introductions for its private equity clients. Following the awards ceremony, E&Y introduced Advent to the founders of Aircom International, leading to a successful buyout. The firm provided commercial, independent vendor due diligence, aiding both the buyers and sellers, to complete the deal. An Aircom spokesman says: “We are grateful for the recognition that winning Ernst & Young’s Entrepreneur of the Year award gave us. This has been a significant boost to our business and E&Y has continued to support our progress. Their understanding of our market and the players helped catalyse this deal.”

Ernst & Young were involved in over 100 private equity deals in 2006 in over 40 countries as varied as Turkey, Rumania, Italy, Sweden, Spain and Russia.

One of the firm’s most recent and significant deals came about when Blackstone and PAI Partners acquired United Biscuits from existing shareholders Cinven, PAI Partners and Mid Ocean Partners for £1.6bn in October 2006. This followed the disposal of the UB Southern Europe operations during the course of the auction for £0.6bn. The complicated process was driven by a mix of both private equity and strategic bidders and differing shareholder agendas. Ernst & Young was involved throughout the whole life cycle of the transaction as a strategic advisor. The firm performed a strategic review of UB’s operations early on in the process, addressing the key decision criteria of the different stakeholders. Working alongside management, E&Y increased its ability to promote the key areas buyers would value, and responded to the challenges and issues that arose during the sale process. E&Y’s team used knowledge of the business gained through audit relationships and assisting UB with previous acquisitions, combined with an extensive knowledge of the PE market to provide a tailored, fully integrated vendor due diligence. This helped minimise the impact on management during a focused, yet time – and resource-constrained, auction process. The commercial and operational dynamics of UB were highly complex and were fully investigated by E&Y’s team of over 30 people and their impact on the financial statements assessed and reviewed in the forecasts presented to buyers. This approach was particularly suited to private equity buyers, allowing them to reach similar levels of understanding of the dynamics of the industry as strategic buyers from the FMCG market. By streamlining the due diligence approach, Ernst & Young reduced buyer diligence requirements, allowing a fast-running private equity vs. strategic buyer race in the auction process. Initially, Ernst & Young was to report on the entire business and shortly before the report was finalized, the Southern European business was separately disposed. This occurred mid-process and days before buyers were expecting to submit indicative offers. E&Y had to redraft the vendor due diligence in a very short period of time to exclude the disposed operations and provide answers to buyers’ questions on the impact of the disposal, including the impact of the sale on the continuing operations.

The insights and involvement of four Ernst & Young partners during the early stage strategic review enabled it to focus its advice on the key issues for the business and its shareholders. The long-term involvement of E&Y’s team, some of whom were engaged for over 12 months, ensured UB management was supported throughout. E&Y’s tailored report was delivered as a one-stop-shop diligence report for purchasers, covering financial and accounting issues within a commercial context, combining both industry sector knowledge with financial buyer experience to minimise the diligence required by potential purchasers. The report leveraged the existing knowledge base within E&Y for its relationship with UB to allow the team to hit the ground running and produce a high quality vendor due diligence in a limited time and with limited disruptions to management and operations. The team reacted swiftly to changes in the transaction and provided a proactive solutions-driven approach to the issues as they arose, such as when the UB Southern Europe business was sold.