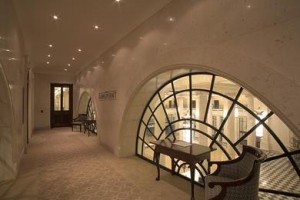 London-headquartered Hawkpoint has been named Private Equity Advisory Boutique of the Year for the third year in succession as it continues to build on its buy-side and sell-side advisory roles as well as tightening its formidable grip on the UK mid-market public to private space.

“We were the market leader last year for take privates in terms of the number of deals with five completed and one announced deal,” says managing director Jacques Callaghan.

Among those deals were a couple of novel advisory roles for Hawkpoint. The company advised on the first take private by a group of hedge funds and the first by an infrastructure fund.

Hawkpoint advised the Peacocks management team on its take private, being acquired by a Goldman Sachs-led consortium of hedge funds in a public-to-private transaction which valued the company at £510 million. Peacocks is a UK-based value-for-money retail business with three national brands

Hawkpoint also advised on Babcock & Brown Infrastructure on its takeover of UK port operator PD Ports, in a transaction that was concluded early in 2006.

PD Ports is a diversified port services group operating in the UK that owns and operates the Port of Tees and Hartlepool, the third largest ports business in the UK by volume, and also operates a number of other ports and logistics businesses in support of port operations. PD Ports’ asset base also includes an extensive property portfolio.

Hawkpoint acted as sole financial adviser to 3i on the £137 million take private of Mayborn, a UK producer of baby and household products.

“There was a pick-up in demand for take privates in the mid-market – that is, companies with an enterprise value of between £100 million and £500 million – during 2006,” explains Callaghan.

“They are difficult deals to do and are becoming more difficult, but there has been an increase in activity in the mid-market driven largely by private equity investors looking to the public markets for target acquisitions,” he says.

In total, Hawkpoint worked on advisory mandates covering 34 private equity deals in 2006, up from 19 transactions in the year before. It is not surprising, therefore, that fee income has increased considerably year-on-year.

Trade sales were a strong part of Hawkpoint’s business last year with, with aggressive demand coming particularly from some US trade buyers, for example.

“In a number of the deals we advised on we didn’t actually pick up the phone to financial buyers because demand among trade buyers was so strong,” says Callaghan.

Hawkpoint advised to the shareholders of ClarityBlue Limited early in the year, when retail and business services group GUS plc announced that Experian had acquired ClarityBlue, a provider in the UK of bespoke marketing database solutions for major companies.

ClarityBlue was created by an MBO out of Sand Technology Inc in 2003, backed by ECI Partners, for £9 million.

ClarityBlue complements Experian’s existing marketing businesses which help clients to target, acquire and retain customers. The purchase price was £85 million plus an earn-out of up to £15 million over three years.

This deal announcement was the culmination of a sale process Hawkpoint ran on behalf of ClarityBlue owners ECI, and the company’s management team.

Hawkpoint also acted as sole adviser to the selling shareholders and the management team in the deal that resulted in Rentokil Initial plc acquiring the entire issued and to-be-issued share capital of Target Express Holdings Limited on a cash and debt free basis for a cash consideration of £210 million.

H&T Group plc floated on the Alternative Investment Market of the London Stock Exchange with a price of 172p – a market capitalisation of approximately £54 million (and an EV of £92 million) representing a current P/E (pre-amortisation) of 15.7x.

As a result, the company raised approximately £18.2 million before expenses to redeem loan notes, and existing shareholders received £30.7 million through sales of existing shares. The institutional investors that backed the original buyout of the company in 2004 were Rutland Partners and Barclays Bank: both achieved a full exit.