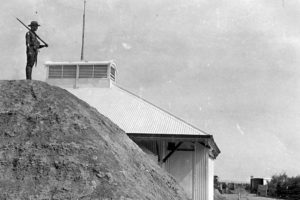 A perception exists among politicians and the mainstream media that the private equity industry has $2 trillion of unspent capital it can – and should – use to bail itself out.

“These companies should be using their cash reserves to help their employees, not to acquire more power,” said Rep. Alexandria Ocasio-Cortez in a recent statement supporting a ban on private equity deal activity during the downturn. AOC proposed the deal ban alongside Sen. Elizabeth Warren.

This perception has led to the damaging policy decision barring most private equity-backed companies from accessing US government funds meant to preserve jobs.

The truth is much more complicated than the political propaganda rife in the media and among progressive politicians. In fact, most private equity firms are not able to use the bulk of their uncalled capital to simply re-invest into existing portfolio companies that need help.

These firms might have new funds that are barely deployed, but that capital is not meant to be used to reinvest in older portfolio companies. GPs would have to get limited partner approval to invest new capital into older portfolio companies. Those LPs – pensions, endowments, insurance companies – didn’t commit to the private equity fund for their capital to be used to prop up struggling older investments. They want their capital used to buy and grow new companies for the outsized returns private equity can generate.

This type of request is not a rubber stamp type of situation. LPs have a rational choice about how their capital will be used – whether strictly for new investing, or to potentially throw “good money after bad,” as the saying goes. Most LPs will choose the former.

Firms have other options for supporting portfolio companies. We reported about some GPs asking LPs for fund term amendments for the ability to recycle proceeds from investment sales into existing portfolio companies. Some are seeking LP approval to increase concentration limits in older funds – meaning they can plug more capital into older companies, potentially causing those older investments to represent too much of a single fund. Generally, a single investment can’t represent more than 15 or 20 percent of a private equity fund.

Other PE managers have looked to the private credit markets for things like NAV-based loans, which are secured by the net asset value of a fund’s entire portfolio. Private credit support comes with a price tag though, and potentially onerous terms.

The secondaries market also may play a part in helping extend the life of single investments with additional capital and new investors. Firms also could try raising new funds or special purpose vehicles specifically to buy out debt in older companies.

GPs have a host of moves they can make to support companies to try and help them weather the pandemic economic storm. Ultimately it’s about saving jobs and allowing a company to continue growing once we’re all allowed out of the house.

But even so, many companies, especially those exposed to retail, hospitality, travel or even certain elective healthcare, will ultimately fail. Jobs will be lost. As many options as GPs have, none of them are free or easy to execute. Government assistance, on the other hand, is meant to support saving jobs. And government support is necessary right now, since this economic downturn has been orchestrated by strict government lockdowns to combat coronavirus.

The mistaken perception that private equity has the capital to bail itself out is wrong, and dangerous. It’s unfortunate politicians are either too lazy, or too indifferent, to take the time to understand why this perception is wrong. As always, workers are the ones who suffer.