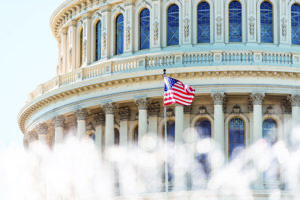 One of private equity’s favorite candidates in this year’s congressional elections, Richard Neal, held off a progressive challenger to retain his seat and powerful position as chairman of the House Ways and Means Committee.

Neal’s perch running the committee gives him influence over tax policy, which for private equity means the tax treatment of carried interest. The industry has long struggled to hold off efforts, mostly by Democrats but supported even by President Donald Trump, to tax carried interest at the higher ordinary income rate, rather than as capital gains.

Neal, a member of the House of Representatives since 1989, held off challenger Alex Morse, the former mayor of Holyoke, Massachusetts. Morse had support from progressive groups and politicians, including Rep. Alexandria Ocasio-Cortez, and was viewed by sources as no ally of the financial services industry. Neal will run unopposed in the general election in November.

Doggett supported the Progressive Caucus budget for fiscal 2019, which, among other things, called for taxing profits from investments as ordinary income.

Rep. Neal co-sponsored a bill in 2007 to change the tax treatment of carried interest, though he has not signed on as a sponsor for newer efforts to change the way carry is taxed.

Democrats introduced a bill last year called the Carried Interest Fairness Act of 2019 that would treat carry as ordinary income, which is taxed at as much as 37 percent. That compares to the current tax treatment of carry as capital gains, which is capped at 20 percent.

Last year’s proposal was introduced by Sen. Tammy Baldwin of Wisconsin and Rep. Bill Pascrell of New Jersey. Rep. Levin introduced bills in 2007, 2009, 2012, 2015 and 2017 to change the tax treatment of carried interest, but so far the effort has failed.

“Investment fund employees should not pay a lower rate of tax on their compensation for services than other Americans,” Rep. Levin said in a statement in 2007. “These investment managers are being paid to provide a service to their limited partners and fairness requires they be taxed at the rates applicable to service income just as any other American worker.”

No one from Neal’s campaign returned a comment request Thursday.