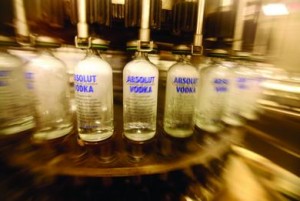 Several private equity groups and trade players are already lining up to buy the €1bn worth of neglected non-strategic brands that Pernod Ricard has put on the market.

“We have had expressions of interest,” Pernod’s managing director, Pierre Pringuet, told journalists at a presentation in London last week. “We want to have very confidential and secret conversations with the buyers.”

He added: “Private equity is still there. We should not consider they have disappeared from the market. There are already several companies that are possibly interested in the sale. We want to establish a competitive process in order to get the best possible price.”

The decision to sell comes after Pernod completed last week its €5.69bn acquisition of Absolut vodka owner, Vin & Sprit, from the Swedish state.

Pringuet is determined now to slash the company’s €11.9bn of net debt. He would not comment, however, on which parties had already approached Pernod for the brands, or on which brands were up for sale, other than those that the company has already agreed with the European Commission to sell.

Pernod has addressed the European Commission’s competition concerns arising from the Vin and Sprit purchase by agreeing to dispose of its Serkova vodka brand in Greece as well as some Vin & Sprit brands: Dry Anis in Finland, Lubuski gin in Poland and Star Gin, Red Port and Gronstedts cognac in Sweden.

Pernod considers these to be marginal but profitable small multi-million euro businesses, which are separate from the €1bn programme of asset sales.

The company’s 15 strategic brands, which are not for sale, include among others Havana Club, Chivas Regal, Beefeater, Jacob’s Creek and Malibu.

JPMorgan is thought to be advising Pernod on the sale. It was one of the banks, along with Deutsche Bank and PK Corporate Finance, that acted for Pernod when it bought Vin & Sprit.

The French company pipped to the post several players, including Bacardi and the Wallenberg family, for that business.

The Wallenbergs have substantially invested in Swedish private equity group EQT through their investment vehicle Investor AB, and could make a play for some of Pernod’s brands that are for sale.

Market observers believe that Lion Capital might also be interested. It recently acquired a majority stake in Russian Alcohol, Russia’s largest vodka producer and maker of the Green Mark brand.

It was also Lion that was behind the recent €1.4bn acquisition of Findus and Young’s Seafood owner, FoodVest.

Trade players including Diageo and Bacardi are also in the frame for Pernod’s brands.

Lion Capital’s acquisition of FoodVest should not be viewed as a sign that conditions in the illiquid debt markets are easing.

“It is very difficult to get a deal of this size done in this market,” said a spokesman from Lion Capital, a consumer business-focused private equity firm.

“Our deep experience in the food and beverage sector helped give lenders an additional level of comfort. It is still very difficult to get anything financed – lenders are being very selective and our sector experience was significant in helping us source finance,” the spokesman stressed.

Quarterly statistics on the value of European private equity transactions released the same week as Lion’s buyout of FoodVest reflected the spokesman’s subdued assessment of the leverage loan market.

The total value of private equity deals in Europe was up 15% in Q2 to €30bn from €26bn in Q1, according to data published by Incisive Media and sponsored by buyout firm Candover.

While the upturn was welcomed, the comparison with 2007’s figures meant optimism about a revival of the buyout industry’s fortunes was muted.

Compared with 2007, private equity transactions remained substantially down, with the year-to-date figures revealing a drop in value by more than 53% from €121bn to less than €57bn.

The completion of three deals in the research’s largest value bracket (deals worth in excess of €1.65bn) did, however, represent a significant improvement on Q1. Three deals with a total value of €7.8bn were completed, or 57% more deals over €1.65bn than in Q1.

“After a five-month barren period between October and February, there have now been five large buyouts completed in the last four months, showing that there are reasons to remain optimistic going into the second half of the year,” said Colin Buffin, managing director of Candover.

The FoodVest deal plus Q3’s other significant signing – PAI Partners and Goldman Sachs Capital Partners’ estimated €2bn buyout of German construction materials business Xella – demonstrates that billion euro-plus deals can still get away. However, the proportion of equity invested in deals is rising, suggesting that some buyout firms may have resigned themselves to lower future returns.

Noteworthy on the FoodVest deal was that JPMorgan was the sole underwriter of a debt package of about £730m. Five banks jointly underwrote the financing for Xella.

Frozen food is a more attractive space than building materials, it appears.

“FoodVest has strong brands, Young’s and Findus, and strong positions in attractive markets. Those sorts of brands will still see sales growth in a downturn,” said Lion Capital’s spokesman.

“We have been working on the deal for a couple of months,” explained the spokesman, “We are in a regular dialogue with the firm and know it well.” Last year, CapVest sold Finnish and Baltic bakery business Vaasan & Vaasan to Lion Capital.

CapVest built up the €1.3bn-plus turnover company through combining frozen fish specialist Young’s Bluecrest, which it had owned since 2002, with the European operations of ready meal-maker Findus two years ago.

Lion Capital will now look to consolidate the European frozen food market through FoodVest. Earlier in July, it bought a €170m revenue Dutch frozen snacks business – Advang Holding, the name behind Mora brand products, but it does not plan to combine it with FoodVest at present.