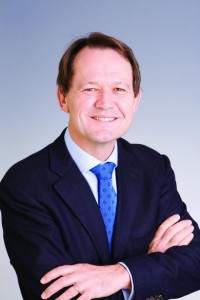 Private equity-backed IPOs on average outperform other IPOs in the UK by more than 9% one year after their public listings. Research carried out by London’s Cass Business School supports private equity’s assertion that it helps build healthy businesses for the long term.

A year after the UK’s private equity industry was forced to defend itself after trade unions labelled it short-termist and accused it of asset-stripping, research jointly commissioned by the and the shows that the opposite is true.

“The research shows that our industry is about building businesses. Private equity fixes and grows businesses,” said Simon Walker, chief executive of the BVCA, adding that the capex figures were “enormously encouraging”.

At the height of last year’s media frenzy, when buyout chiefs found themselves explaining their industry to the Treasury Select Committee, they struggled to back up their assertions of private equity’s positive impact on companies. Since then, the industry body has made a concerted attempt to make sure it has more evidence on which to draw should it find itself on the defensive again.

An inquiry into the drivers of the outperformance of private equity-backed companies, once listed, is to follow in the coming months. As with this study, the author will be Professor Mario Levis.

“I will be looking in detail about how much of private equity-backed companies’ strong performance comes from leverage and how much is driven by operational performance,” said Levis. “Although leverage plays a part, it is difficult to deny that private equity’s focus on corporate governance, discipline and incentives don’t have anything to do with it.”

Levis said that he had strong evidence to suggest that private equity-backed companies once listed outperformed non-private equity companies that were listed over not just one, but also three years.

Leverage and the more focused-nature of private equity-backed companies might account for some of the 9% better performance but some of it could come from the fact that private equity-backed companies are less aggressively priced at the time of their listing. They are floated at an average earnings multiple of 7.3, while other IPOs occur at an average earnings multiple of 9.7.

Levis dismissed this, saying: “The listing of companies acquired through private equity-backed buyouts tend to be in less racey sectors, so there isn’t the over-excitement surrounding prices and the markets don’t get as carried away.

“Private equity firms are also concerned with correctly pricing their assets,” Levis said, “They know their reputation is at stake and they know they will want to IPO portfolio companies in the future, so they don’t over-price their companies when they bring them to the public market.”

“This might have been true historically but it has not been so the last few years,” he said. Morley put the out-performance demonstrated by private equity-backed IPOs down to the long-term strategy of private equity.

“Contrary to some opinion, buyout firms invest in the businesses they own for the longer-term interests of those businesses, concentrating on growing shareholder value and developing the business for the benefit of all stakeholders,” he said. “The culture of growth developed by private equity backers stays with the company once it is listed.”

The findings show that buyout transactions are much more successful than companies backed by venture capital firms at an earlier stage. Venture capital-backed flotations underperformed buyout-backed IPOs by 27.2% a year after listing.

“The reality is that venture capital-backed companies tend to show stronger performance after three years,” said Walker, who added that the study helped to hammer out the message that private equity was a force for good.

“Buyouts, like public companies, will sometimes go wrong,” he conceded, but he pointed to the long-term strategies of the private equity investors in Debenhams, the share price of which has plummeted since three private equity firms relisted it in 2006.

Despite the share price more than halving and the end of their lock-in period, CVC and Texas Pacific Group remain substantial shareholders in the retailer.