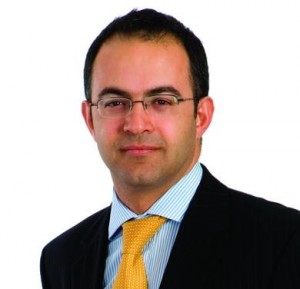 A number of private equity firms in the UK are building up specialist teams to address opportunities in the waste management sector.

The pressure on the sector to consolidate is so great that research by forecasts around 20% of the estimated 1,000 waste firms in the UK will either merge or fail in the coming three years.

“The demand for waste management services is increasing. However, so are the costs to remain in the game. Companies that are under-capitalised will struggle and will either go out of business or be acquired by others,” says Ali Sharifi, head of waste M&A at Grant Thornton.

The €2.3bn take-private of , led by Montagu Private Equity earlier this year, highlighted private equity’s appetite for the waste management sector. Terra Firma and HgCapital had also mulled bids for the group, which was demerged from water company Severn Trent in 2006.

In addition to and , private equity firms that have a specific focus on the waste sector include , , and .

According to Sharifi, there is better value to be had at the smaller end of the market. “The disparity between the multiples paid for the major player entities such as Cory Environmental, where very high multiples were paid, and the mid-market consolidation deals was of particular note,” he says.

ABN AMRO Global Infrastructure Fund, Finpro SGPS and Santander Private Equity are reported to have paid a multiple of 32x Ebitda when they bought from Montagu in 2007.

Generally multiples range from around 5x–6x Ebitda for small recycling businesses, to 8x–10x for larger and broader waste management and recycling companies. Grant Thornton’s research indicated a waste sector average of 8.9x Ebitda. Biffa was valued at a multiple of about 8x Ebitda.

The reliable income streams promised by local authority contracts are a big draw to private equity firms at a time when consumer-facing businesses are becoming less attractive due to the consumer downturn.

The asset-based nature of many of the companies in the sector and the legislation that provides barriers to entry also make the sector an attractive space for buyout firms.

Legislation is the primary driver of growing demand for waste management service. Targets such as the Landfill Directive’s aim to reduce the amount of municipal waste being sent to landfill to 75% of current levels by 2010 are among the directives fuelling demand for such services.

Technological developments in processing waste are also resulting in rapid change in the sector.

Increased buyout firm appetite for waste assets means the lesser multiples found at the lower end of the market may not remain lower for long.

“We do not expect the illiquid debt markets to have a material impact on the consolidation of this sector,” says Sharifi, pointing to the acquisition of by private equity firm Warburg Pincus in April this year. The Isleworth-based industrial and hazardous waste handler was bought for £565m with £300m of debt arranged by ING, Lloyds TSB and Royal Bank of Scotland.

Once created through a buy-and-build strategy, divesting a larger player in the waste management sector is unlikely to prove difficult.

“We expect to see existing pan-European players such as EMR, Veolia and Sita continue to grow as they continue to follow acquisition strategies,” says Sharifi.