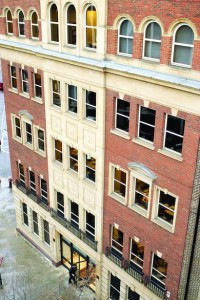 The Travers Smith private equity team has had a phenomenal year. The group has already completed over 100 deals worth £24bn, while its growing funds practice has advised on the establishment of funds with commitments in excess of £500m and investments in funds with a value in excess of £600m.

Last year saw the firm’s private equity practice increase its client base and deepen its relationship with its existing 20 or so private equity house clients.

William Jackson of Bridgepoint Capital says: “Bridgepoint have regularly used Travers Smith for over 20 years. We have now made them our first choice for all our London-based deals. We have always been impressed by their ability to develop with us as we have moved from being the venture capital arm of NatWest Bank in the 1980s to a major independent, pan-European leveraged buyout fund manager today. We have total confidence in their ability to manage and complete the most complex of deals quickly and efficiently. Not only that but they also do it in a manner that wholly complements our style. This much is clear. Nearly all our investee companies who know Travers Smith choose them to advise, without direction from us.” David Burns of Phoenix Equity Partners echoes Jackson’s sentiment, if more succinctly, as he says: “One of the things we like best about the team is its efficiency and commercial realism, which comes from its depth of experience in the market.” Last year was also a fruitful one for the group in terms of gaining new clients, including Abingworth, Calyon, Clinisys, DLJ Merchant Banking, Hermes Real Estate, Martin McColl and Nova Capital Management.

Last year Travers Smith also advised Macquarie on the £1.8bn acquisition of Select Service Partners and Moto by Macquarie and EQT. This transaction was structured as a combined sale of the UK motorway services business (Moto) to a consortium led by Macquarie Bank and the remainder of the SSP business to companies controlled by EQT. A particular complexity was to agree between Compass, EQT and Macquarie a detailed matrix of separation arrangements for each business, in the time frame of a very competitive auction where no other bidder had such requirements. Travers Smith also advised Candover on the £418m public-to-private of DX Services and the acquisition of Secure Mail Services. The firm helped to dovetail the two transactions – the public bid for DX Services and the complex private acquisition of Secure Mail Services – while at the same time putting into place a private equity structure for the business.

The takeover of Countrywide, the UK’s largest chain of estate agents, was the largest public-to-private of a British company in 2006 and represents the largest single investment by 3i in any transaction and they trusted Travers Smith for advice. The transaction was complicated by the inclusion of Countrywide’s 21.5% shareholding in Rightmove plc as part of the consideration for the offer.