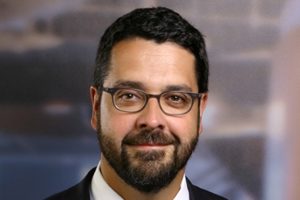 Introspection and postmortem analysis by capital markets participants and the PE industry in particular suggests that an overly cautious approach during the global financial crisis undermined one of the best buying opportunities of all time.

The role of cyclicality

An important starting point to identifying key lessons that PE learned through the GFC is that the PE industry has an element of cyclicality and is vulnerable to the credit cycle. Median IRRs for global buyout funds show relatively low performance just prior to the 2000 and 2007 recessions, and stronger performance during both recoveries as PE deployed capital in a lower valuation environment.

Recognition of this pattern is keeping firms disciplined in today’s market and has many looking at the next downturn as a time to be ready to react accordingly and capitalize on the potential significant opportunity. Indeed, at many firms, today’s senior leadership is populated by professionals that were in the junior and middle stages of their careers during the GFC, and for whom its lessons are still fresh.

As the GFC began to unspool in the second half of 2008, pushing much of the global economy into decline, the media turned a spotlight on the “refi cliff” of more than $570 billion in loans that PE portfolio companies needed to refinance. Credit agencies and others were pessimistic about the industry’s survival, predicting massive defaults.

While a handful of defaults did indeed occur, the doomsday scenario by and large never came to pass. Empirical research provides insight into why this occurred. One of the more widely cited papers by professors at Stanford Graduate School of Business and Kellogg School of Management looked into whether PE contributed to the economic fragility during this period. It found that PE-backed companies actually increased capex investment relative to their peers.

At a time when many non-PE backed companies were financially constrained, PE’s access to capital – both from its own funds and from longstanding relationships with banks and other lenders – allowed PE firms to support companies in ways that others couldn’t, and possibly wouldn’t. The PE model appeared to provide additional flexibility and access to capital even during times of broad economic and financial market distress, an outcome that can reasonably be expected to play out once again, although the “when” is unknown.

At the GP level, there were relatively few casualties, which was in contrast to the many financial institutions that exited, were forced to merge or became reliant on government support. Nor did PE contract in the same way as the hedge fund industry, which was particularly exposed to redemptions, having investor funds that were locked up for much shorter periods than PE.

The result: A test of the model and newfound appreciation for PE’s resilience

Coming out of the financial crisis, there was a newfound appreciation for some of the asset class’s key advantages, including:

• Its ability to access long-term, locked-in institutional capital that positioned PE to be buyers of forced sales by asset managers such as hedge funds, mutual funds and banks that were pressured by their investors, depositors and regulators to redeem or optimize capital.

• The degree to which the greater alignment with investors, management teams and other stakeholders, and the relatively longer time horizons of PE investors, likely played an important role in enabling them to be more agile and quickly and successfully respond to economic dislocation.

The tumult of the GFC offers a number of actionable lessons for PE firms next time around: apply caution as the credit market weakens and stay clear of cyclical industries at market peaks. Perhaps most importantly, once economic dislocation hits, don’t be overly cautious, but instead seize upon a rare buying opportunity.