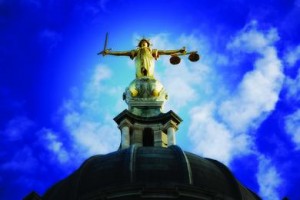 The new law was passed at the end of October 2007 and comes into force later this year, with staged implementation over the next four years. For private equity houses, institutional investors or investment banks (among others) this could provide a vast new territory which was previously inaccessible to them of a market valued at around £20bn per year.

But would any of them be interested? There are contrasting views on this. “Private equity firms are already rumoured to be in discussions with some City [law] firms,” says Simon Whitney at in London. “For the first time, ownership and management of legal practices in Britain will not be restricted to lawyers,” a move he believes will “shake up the legal profession.”

How far the legal profession is willing to be shaken up and who would be interested in shaking it up remains to be seen. Neither Charles Sherwood at nor Ben Harding at had more than a passing whiff of interest when contacted. “We’ve backed some businesses that are people intensive, but not professional services,” says Sherwood, who wasn’t aware of the change in legislation. “I doubt it would be of interest, we’re focused on the US$1bn-plus buyout market.”

Even if private equity were to pay more heed to the sector, some doubt whether it would find many suitable targets. A firm with the prospect of four or five years of steadily increasing profits would be attractive, one without undue dependence on ‘prima donna’ lawyers who are seen as tricky to manage and liable to take their clients with them when they move firm. But the law firms themselves would need to have an identifiable need for extra cash.

This appears to be a major sticking point. Most law firms at the moment are solvent and without any clearly defined reason for raising more cash. They are generally free of debt, so if they did need to raise funds they could do so through banks without exposing themselves to the public glare of the equity markets or the potentially unwelcome influence of external investors, at lower costs.

Daljit Singh, private equity partner at , believes investment banks have been approaching the UK’s top 20 law firms, but cannot see the rationale for such a deal. “I suspect that a third division, regional law firm rather than a major, could be interested,” he says. “I think it will ultimately happen in a few years’ time, but the generation of partners who are around now won’t accept it.”

Financial consultant Julian Hirst conducted a recent survey of legal firms to assess their interest in doing a deal. “The likelihood is that two will go sometime in the next year,” says Hirst. Both Avalon Solicitors and Taylor Wessing have gone on record to say they could be interested.

Hirst argues that the older generation of partners could be most attracted to listing. “Say you’re a partner getting close to retirement. With shares in your firm you have something potentially of real value. Right now you have nothing. When a partner retires, that’s it – no more salaries, no more bonuses. So the people who’ve loved this project and the people who are going to be driving it are 55-plus.”

Law firms and investment houses have been aware of the prospective changes for some years. They were first mooted in 2003, when Sir David Clementi (chairman of Prudential insurers and a former deputy director of the Bank of England) was appointed to review the legal services industry. His report broadly supported allowing external investors’ participation in the ownership of legal firms and sets of barristers, although he proposed a number of safeguards.

First, prospective investors should pass a ‘fit to own’ test, under the stewardship of the Legal Services Board (LSB), demonstrating their honesty, integrity and reputation, competence and capability, alongside their financial soundness. It is a similar list to that used to determine who should offer financial services and could apply happily to membership organisations such as the AA or trade unions, or to financial institutions such as banks and insurance companies, along with private equity investors.

Other restrictions could prove more onerous for some potential investors. External owners will not be allowed access to client files or client information, which could preclude cross-selling an owner’s products to the legal practice clients, something that could contradict the logic of an acquisition.

On the positive side for investors, the legal market in the UK is large and fragmented and – some would say – ripe for consolidation, with no law firms currently recognised as household names in the way that banks or even accountancy practices are. Investment or listing on the equity markets could free up capital for investment in expansion, to achieve economies of scale and to grow and exploit a nationwide or international brand. This kind of opportunity could well appeal to an existing brand such as Tesco (to expand its existing financial services offer) or Virgin.

There are few signs of a swift and dramatic change to the legal landscape and its investor model, but every prospect of a gradual and fundamental shift in the coming years, which private equity firms will be sure to watch with interest.