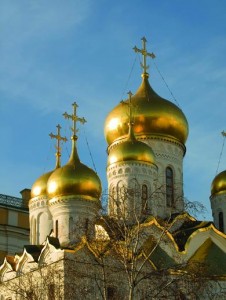 Russia appeared to have been less affected by the credit crunch for much of 2008, but then it was hit in a big way in late summer, with the collapse of confidence in the stock market and the government’s bailout of the banks. The invasion of Georgia in August contributed to the loss of investor confidence in the country.

In December, the Finance Ministry confirmed that the economy had entered recession for the first time since the financial crisis of 1998, in which the country defaulted on its international debt. Since 2000 GDP growth has averaged 7%, making Russia an increasingly attractive destination for investment. The country was also boosted by surging energy and commodity prices worldwide, but has been knocked by the fall in oil prices in recent months.

“Before the credit crisis, Russian private equity was on a rising curve and year or so leading up to this summer we saw many of the big global PE houses looking to make investments here,” says Jonathan Thornton, a partner at PricewaterhouseCoopers in Russia.

Russia has certainly been a very lucrative market for private equity in the past few years, with some funds thought to have made 50% net profit per year on their average portfolio companies.

TPG and Lion Capital were among the international houses that made acquisitions, while Russian firms such as Baring Vostok continued to grow. Most of the PE houses are still interested in acquisitions, says Thornton, adding: “Since September, we’ve spoken to a lot of funds and most say they’re actively looking, although one or two have shut up shop in Russia due to internal issues.”

Fredrik Ekman, co-founder of Scandinavian private equity house Mint Capital, which invests in Russia, says that in the coming months much of the firm’s focus will be on defending and managing its portfolio companies in the face of a downturn.

“It’s almost exactly 10 years since Russia’s last crisis and, although this one is different in many ways, those people who experienced the 1998 crisis will be in a better position to handle this one,” says Ekman.

He adds: “We’ll be doing a lot of coaching of our portfolio managers and we’ve noticed that the owner-managers we talk to who went through 1998 understand immediately what we say, whereas people who came along since then need more coaching.”

Ekman and Jyrki Talvitie, a senior adviser at East Capital, say that they expect there to be attractive investment opportunities in 2009, once the dust has settled on the current instability. But they note that, for the time being, even those PE funds that have cash to invest are waiting to see how the market develops.

“Nobody is in a hurry to invest right now, although we’re looking at 2009 quite positively, from an investment perspective,” says Talvitie. He expects valuations to have fallen significantly, saying: “At the moment there are distressed sales. A lot of owners of good assets are hanging on, but I think next year many of them will have to sell.”

It will be important to avoid acquiring businesses with significant leverage, though, says Talvitie, because, after the liquidity problems facing banks, the next stage is likely to be the calling in of loans made to commercial companies.

According to PwC’s Thornton, there are already some attractive distressed target companies for private equity. “One of our PE clients said recently he’d had more opportunities land on his desk in the last two weeks than in the previous six months,” he says.

Just because a company is distressed does not mean it’s not a good longer-term business, he says, adding: “They may be facing a short-term funding crisis but be fundamentally good businesses in the long term. I don’t see a lot of acquisition activity right now but by the spring we’ll start to see deals happening.”

Thornton’s colleague Martijn Peeters says there are a number of retailers going bust because they borrowed too much in order to expand and now don’t have the working capital they need to pay their suppliers. “But, overall, there are good long-term prospects for the retail sector,” he says.

It is not just the credit squeeze on companies that will mean there are more opportunities for private equity, adds Peeters, but also the fact that other sources of financing have been closed.

“A lot of companies that were thinking about IPOs or large debt issues in the coming year have had to rethink their plans and I think they will see that private equity offers one of the prime sources of growth funding,” he says.

There are, however, a number of uncertainties that will influence both the economy and private equity portfolio companies in the coming months. One is the price of oil and commodities.

“If they increased in price, then that would have a big impact on the mood in Russia because the economy is largely driven by oil and commodities,” says Talvitie.

Another concern is the rouble’s value. The government has been attempting a controlled devaluation of the currency, but Russia’s history of economic crisis suggests that the managed devaluation could turn into a slide.

Talvitie says that one of East Capital’s specialist areas has been banking and that an increasing number of customers are converting their accounts into hard currencies, which raises the problem for the banks of having mismatched assets and liabilities. He says that the banking system has faced major challenges, in terms of liquidity and some deposit runs, but that things seem to have calmed down a bit now.

Next year, Talvitie says, East Capital’s acquisitions may focus on assets in the real economy that produce and distribute in the domestic market, and therefore will be less affected by wider economic issues.

Thomas Dix, a partner at KPMG in Moscow, says: “Russian private equity houses have money to spend but are waiting for prices to come down. Despite the liquidity issues, which some interesting targets face, the majority of sellers’ price expectations are still too high to be attractive to private equity investors.”

He argues that the unstable economic outlook is less of a concern since this is already reflected in significantly lower multiples applied to worsened Ebitda projections, which private equity houses are ready to pay.

“It will take sellers some time before they are ready to accept this new reality,” says Dix. “Increasing liquidity pressure is likely to accelerate this and we expect to see a wave of deals in the first quarter of 2009. The risk sellers face is that they may miss the point of no return, ie, they run their companies into deep trouble and miss the chance to conclude a halfway attractive private equity deal.”

Russian firms, says Dix, are not necessarily interested in distressed assets. “Most local private equity houses seek to identify companies that have good underlying fundamentals but which are poorly managed and therefore under a certain level of stress, although not necessarily distressed,” he says.

“There is less appetite and experience on the part of Russian private equity investors in acquiring distressed assets which require a complete turnaround. This is rather the field for a few specialised investors.”

“Given the efforts and local knowledge needed to make private equity deals in Russia, the global houses will only be involved in certain large individual deals, where they can bring industry specific experience, while in volume terms the market will be dominated by Russian private equity in 2009,” he adds.

Fredrik Ekman of East Capital says it is still too early to say how things will pan out in the coming months, adding: “Quarter four of 2008 was still being driven by ‘old glory’, in terms of income and budgets for business. There will be a major shift, going forward, to cost-cutting and that is not something that has been on anyone’s agenda until now.”

Ekman says that the liquidity pressure and broader economic downturn are putting portfolio companies – as well as business more broadly Talvitie – under pressure. “Until now, you only needed to have been in business in Russia to have made money and there was virtually no pressure on companies to run a sleek business, but that period is over,” he says.