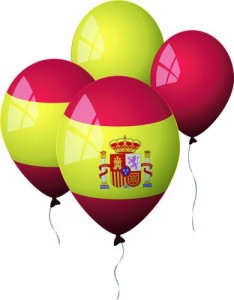 “We don’t have a very liquid stock market, so private equity will in future have to play a bigger role in two important areas,” said José Martí Pellón, professor of financial economics at Universidad Complutense of Madrid.

“We are going to need a lot of investors to finance SMEs with growth prospects and more mature, family-owned companies whose shareholders will need liquidity,” added Pellón, who has tracked the industry since 1984, written more than 20 books about it, and is the founding partner of the website Webcapitalriesgo.com

The International Monetary Fund (IMF) forecast recently that GDP would fall 3.8% in 2009, a further 0.9% in 2010, and that Spain would be the only large economy to experience continued recession next year. The IMF saw the unemployment rate, which hit 17.9% in September, rising to 18.2% by the end of the year and reaching 20.2% in 2010. The OECD forecasts that the public sector deficit is projected to reach 9.5% of GDP in 2010.

The Government has thrown billions of euros at the crisis, to shore up the financial sector and to support jobs through local infrastructure projects. The ballooning public sector deficit saw ratings agency Standard & Poor’s cut the status of Spain’s long-term debt from triple-A to double-A plus earlier this year.

The property bubble has burst, leaving more than a million unsold homes overhanging the market: some estimates go as high as three million. Many builders and developers have gone bust or have sought protection from creditors: some of the stricken are former darlings of the Madrid stock exchange.

Spain’s banks have not been as exposed as many to the toxic debt that flowed from sub-prime mortgages in the USA, but with two mainstays of the economy – construction and tourism – ailing badly, the banks have their own bad debt problems. A long anticipated merging of vulnerable regional savings banks is underway.

Forecasters do not see a rapid or easy way out. At a recent news conference on the OECD’s October regional outlook for Europe, Ajai Chopra, deputy director of the European Department, cited factors that weighed against Spain recovering more quickly than forecast.

Competitiveness needed to improve because Spain’s economy could not maintain a very large external deficit indefinitely. High unemployment forcing wage moderation showed that the economy was starting to adjust. “But,” said Chopra, “I think…this sort of adjustment takes a very long time for large economies with big internal markets. If we look at the experience of Germany after the reunification boom and the number of years that it took, through wage moderation, to rebuild competitiveness, that gives you an indication of some of what lies ahead for Spain”.

However, Spain’s labour market rigidities meant most of the adjustment was taking place through lay-offs rather than wage moderation. “So we expect unemployment in Spain to remain quite high for some time, and this in turn will create difficulties for the financial sector. It also makes it more difficult on the fiscal side. So we expect some fairly tight conditions to prevail in Spain for some time.” The need to correct Spain’s fiscal deficit to support sustainable growth in the long run would dampen economic activity in the short term.

With public finances in need of repair, widespread inefficiencies in distribution, fragmented markets and a looming pensions and healthcare headache as Spain’s population structure ages faster than many developed countries, the scene is set for deeper and broader private equity investment.

Regulatory changes over the past decade have allowed investors to avoid being taxed doubly, at the vehicle and portfolio company levels, and paved the way more recently for Spanish pension funds and then Spanish insurers to allocate funds to private equity.

Few Spanish institutions have done so, and those that have taken the plunge have done so in a very modest way. The reduced valuation of traditional assets in their portfolios has cut to almost zero what might have been allocated to alternative assets, and they have anyhow become more risk averse in general.

“The low level of Spanish institutional investment in private equity is a cultural thing and will take time to change,” says José Martí Pellón. “But it creates opportunity for us in Spain. There is a lot of money to be raised in the future when these managers change their minds or are replaced due to competition in the industry. Fresh money will come into the industry for the first time because most of these investors have never before been involved with private equity.”

Meanwhile, Pellón argues, policymakers should turn their attention elsewhere. “For stronger private equity and venture capital markets, we need policies to overcome environmental rather than regulatory limits. These include the rigid labour market, Spain’s relatively low R&D expenditure, and stock market inefficiencies. We also need incentives for business angels, who play an increasingly valuable role in the cycle of company financing elsewhere in Europe.”