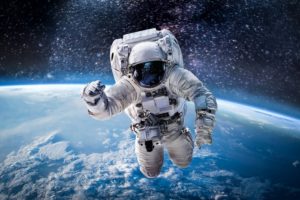 The launch and safe return to Earth of Blue Origin’s New Shepard rocket made history in the era of space tourism. It also marked the first time a private equity professional went into orbit.

The rocket’s crew, outfitted in blue flight suits, included Jeff Bezos, the billionaire founder and ex-CEO of Amazon and Blue Origin’s founder. He was joined in the capsule by three others – among them, his brother Mark Bezos, co-founder and managing partner of HighPost Capital.

Until recently, HighPost has kept a low profile despite the celebrity of its leadership. Things changed in March when the New York firm secured a minority investment from Azimut Alternative Capital Partners, the GP stakes arm of Azimut Group.

Azimut acquired a 12.5 percent interest, with the option to increase ownership to 24.9 percent, in part to support HighPost’s build-out and fundraising, Buyouts reported. HighPost within days of the investment unveiled its debut offering.

It is likely that HighPost will become even better-known after Mark Bezos’ journey into the cosmos. Blue Origin’s rocket soared to a height of 66.5 miles (107 kilometers) above a Texas desert in a trip that lasted just over 10 minutes, according to Reuters.

Upon returning to Earth, Mark Bezos told CNN that two-and-a-half days of training prior to the launch did not prepare him for the thrill of the actual event: “Experiencing Zero G – it was remarkable.” He also spoke of his brother’s pre-flight remarks to the crew, which compared Blue Origin’s mission to the early days of Amazon. “This is how something big starts,” he said.

Mark Bezos now has the distinction of being private equity’s first amateur astronaut.

The market also employs at least one ex-professional astronaut. He is Tim Kopra, a former NASA flight engineer and commander of the International Space Station. Kopra is today an advisor to Blue Bear Capital, an energy tech-focused PE firm that he co-founded.

Private equity is taking an increasing interest in space. A good example is AE Industrial Partners, which in 2020 formed space architecture platform Redwire through the merger of Adcole Space and Deep Space Systems. After five more acquisitions, Redwire this year struck a $615 million deal to go public by combining with SPAC Genesis Park.

Before HighPost, Mark Bezos was an advisor to startups and tech-enabled multimedia companies. He sits on the boards of several tech businesses and is a director of the Bezos Family Foundation. In addition, he is a volunteer fireman.

HighPost did not disclose HighPost Capital Fund I’s target. As of March, the firm oversaw more than $186 million in regulatory assets under management, according to its Form ADV filings.