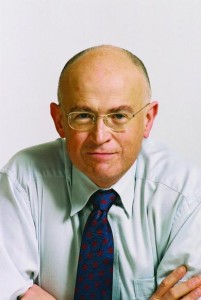 Damon is heralded by the newspapers as a rags to riches fairy tale. He became a partner in 1992, managing partner of the UK in 1999 and managing partner of Permira in 2000. In late 2007 Damon was named chairman of Permira and he is also chairman of Permira’s operating committee and has overall responsibility for the direction of Permira and its investment advisory policy. He has worked on numerous buyouts, buy-ins and growth capital transactions such as Homebase and the AA. Damon is also a non-executive board member of SVG Capital – Permira’s largest investor. Permira’s funds represent around 78% of SVG’s assets. Prior to joining Permira in 1988, Buffini worked for the LEK Partnership and the Imperial Group. Damon is a Law graduate from Cambridge University, England, and has an MBA from Harvard Business School, USA.

celebrated its 25th anniversary in 2007. Carol Kennedy also has 25 years experience in private equity. She worked with Prudential Venture Managers making direct private equity investments and specializing in the development of opportunities in Continental Europe. Kennedy joined Pantheon in 1990 and is a member of the International Investment Committee. She is a member of the GIPS (Global Investment Performance Standards) Executive Committee of the CFA Institute. She also chairs its Investor/Consultant Subcommittee and its Promotion & Awareness Subcommittee. Before entering the private equity industry in 1983 she spent 11 years in manufacturing, engineering and European project management with Procter & Gamble.

She holds BSc in Chemical Engineering from Birmingham University.

Jonathan Russell is responsible for the strategic and operational development of 3i’s pan-European buyout business. He joined 3i in 1986 and has invested in all areas of private equity across Europe. He joined the Management Committee as head of buyouts in 1999 and has since led the transformation of 3i’s buyout business. 3i Buyouts is a pan-European partnership with over €5 billion of funds managed by 90 buyout professionals, including 15 senior partners with an average 14 years at 3i. It has invested €3.6 billion and realised €4.1 billion since 2001. The total earnings of the portfolio exceed €1 billion. Jonathan is a former chairman of the European Private Equity and Venture Capital Association Buyout Committee. He has an MBA from London Business School and a BSc in Ophthalmic Optics.

Javier Loizaga is currently the CEO and managing partner of Mercapital, one of the oldest Spanish Private Equity managers, which he joined 16 years ago. Mercapital was established in 1985 and is based in Madrid, focusing on mid market buyouts in Iberia, and has around €1bn under management.

Previous to joining Mercapital, Loizaga worked as investment director at Compagnie de Suez in París, and as a senior consultant at the Information and Management Consulting Division of Arthur Andersen & Co. in Madrid.

He is actively involved with the work of EVCA and is a member of the EVCA Board of Directors and Executive Committee, as well as having chaired EVCA’s Investor Relations Committee for 4 years. Loizaga was chairman of EVCA for 2006-2007.

Until 2001, Loizaga sat on the Governing Board of the Spanish Venture Capital Association (ASCRI), of which he was also chairman in 1995 and 1996. He is also a member of the Spanish International Council of INSEAD.

Like EVCJ both TVM Capital and the European Venture Capital Association are celebrating their 25th anniversaries this year. TVM was one of the first venture capital firms in Germany. The Munich-based venture house added its Boston office in 1986 making it one of the few international venture capital firms. Helmut Schühsler has been responsible for more than 20 TVM Capital investments in both Europe and the US since he joined the firm in 1990. In June 2007 he was elected chairman of EVCA not only to lead the Association into its quarter century celebrations but to fundamentally reorganize the structure of the trade body. Schühsler is leading the association through one of its most forward thinking moves to develop three platforms under the EVCA umbrella: Venture, Buyouts and Large Buyouts. Helmut says: “EVCA’s new strategy makes my Chairmanship a role of two extremes: very easy in terms of focus, but highly complex in terms of execution. I will put all my efforts into making this project successful.” Hats off to him for taking on a challenge – welcome to the hall of fame.

The rise of Guy Hands has been followed closely buy the press and he hasn’t shied away from a public image. Of late he has been using his public image to raise awareness of good causes as the President of “Access for Excellence”, a campaign based at Mansfield College, Oxford, which promotes the broadest possible access to higher education in the UK. Guy began his career with Goldman Sachs International where he became head of Eurobond trading and then head of Goldman Sachs’ Global Asset Structuring Group. Guy left Goldman’s in 1994 to establish the Principal Finance Group (PFG) at Nomura International which acquired 15 businesses including hotels, pubs, railway companies, betting shops and Ministry of Defense housing with an aggregate enterprise value of €20bn. Guy led the spin out of PFG to form Terra Firma in 2002. Guy sits on the Investment Advisory Committee and General Partners’ boards and has overall responsibility for the direction of Terra Firma and its investment strategy. He is involved in all major commercial issues, in particular those concerning acquisitions, exits and portfolio business strategy.

Charles Irving says that his brother Richard is the tech brains behind Pond. Richard Irving is based in Silicon Valley and the business reaches ‘across the pond’ from the US to Europe – hence the name. The brothers started the business in 1998 to exploit the technological advances in Europe which had poor commercialization hence the link with the US. And 10 years on Pond is now raising its third fund. Though Richard may be the tech brain behind the business it is Charles that assumes the extremely challenging role of investor relations/fundraising in Europe. Prior to launching Pond, Charles spent 20 years in the oil business with Glencore. His responsibilities included risk management of multimillion dollar positions and developing important and long-term relationships at all levels in companies and countries. He says that “somewhere on a flight between Africa and the Middle East – I realized I needed to give it up before I died”. So he began a new career in venture capital and our industry is more interesting for it.

Jon grew up in Stoke on Trent and studied chemistry and accounting a Lancaster University. Joining New York-based Citicorp in 1980 was his first experience of MBOs. The first deal he worked on was a $250,000,000 buyout for a group of Coca-Cola bottling plants. In 1981 he came back to London to help set up Citicorp Venture Capital, now CVC, in the UK. He founded Schroder Ventures in 1985 and spent the next eight years running the UK operations. His next proper job was with Apax Partners and he spent three year there working with Ronald Cohen. In January 1997 he opened Alchemy Partners which has worked on over 100 transactions, with more than £1.25 billion of equity invested to date. Moulton has been involved in some of the most dynamic private equity houses in Europe and continues his work at Alchemy partners.