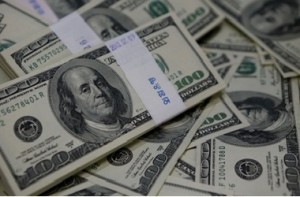 Hamilton Lane is putting together one of the largest co-investment funds ever earmarked for buyouts and other late-stage deals, having secured $849.6 million through year-end toward an upwardly revised goal of $1.3 billion.

The Bala Cynwyd, Penn.-based adviser, which has more than $32 billion in discretionary assets under management, including through funds of funds and secondary funds, first sold interests in Hamilton Lane Co-Investment Fund III LP in late December 2013, according to a Form D. Hamilton Lane had raised $339.4 million from six investors toward its then-offering amount of $1 billion.

Nearly a year later, Hamilton Lane filed a follow-up Form D showing that the main fund had drawn just shy of $850 million in commitments from 31 investors toward an offering amount of $1.3 billion; a separate feeder fund set up by the firm accounted for nearly $700 million of that. An executive at Hamilton Lane, speaking at a conference in New York City this month, said the firm was seeking about $1 billion to $1.5 billion for its third co-investment fund. A spokesperson for Hamilton Lane said the firm had no additional comment.

Hamilton Lane’s co-investment program is designed to give investors “increased diversification” by providing “exposure across underlying fund managers, geographies, industries, deal types and deal sizes,” according to its website. Its Form ADV brochure filed with the SEC this past June said the firm’s co-investments center on buyouts, recapitalizations and growth equity transactions.

Doing co-investments alongside buyout shops and venture capital firms has become a popular way for institutional investors to gain more exposure to favored deals at reduced costs. Sponsors typically do not charge investors management fees or carried interest on co-investments. While many investors build their own co-investment programs, others choose to outsource the job to third-party advisers like Hamilton Lane.

Hamilton Lane is far from a newcomer to the trend. It raised a predecessor, vintage-2008 co-investment fund of at least $406 million, according to T-1 Banker, a product of Thomson Reuters; its first fund in the series, a vintage-2005 effort, secured at least $604 million. The firm has been making co-investments since 1996, according to its website.