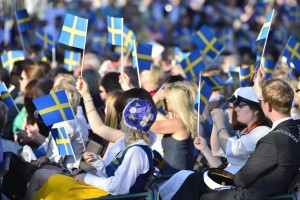 San Diego staff originally recommended 50 million euros to 60 million euros for the fund, but the $10.6 billion retirement association’s board opted for a larger commitment when it determined 100 million euros would result in a management fee discount, according to the recording.

“If we are able to secure 100 million euros, that would result in an additional fee break,” said Yegin Chen, the head of San Diego County’s private equity portfolio.

It is not clear what type of discount the pension would receive in exchange for a larger commitment. Chen and San Diego County did not respond to requests for comment.

EQT Holdings, based in Stockholm, is already offering an “early bird” discount to the 1.5 percent management fee for limited partners who commit to Fund VII’s first close, which is expected in early June, according to San Diego documents. EQT set a 5.25 billion euro target for the fund, with a 6.75 billion hard cap.

EQT’s co-head of investor relations for the U.S., Darlene Sammon, did not respond to a request for comment.

San Diego County’s commitment to EQT is consistent with plans to concentrate its portfolio in managers that have performed well for the system in the past, Chen said during the meeting.

The pension committed 40 million euros to EQT’s previous fund in 2011. That fund had netted a 3.1 percent IRR as of June 30, 2014, according to San Diego County documents.

The fund typically invests between 100 million euros and 600 million euros per deal and “will primarily target the Nordic region and German-speaking Europe,” according to the website.