This article is sponsored by Proskauer

What is the current state of the market for GP-led liquidity processes, and where do you see the most activity?

Mike Suppappola: The market is incredibly hot and it has been an interesting ride over the past year. Total secondaries volume fell significantly in 2020 from almost $90 billion in 2019 to around $60 billion last year. The market essentially dried up in late Q1 last year and didn’t really come back until Q3, and at that point a wave of high-profile GP-led processes flooded the market, while the traditional large LP portfolio deals stayed quiet.

This year, while we expect GP-led processes to remain strong, it does seem that pent up demand for traditional LP portfolio deals, and a significant build-up of secondaries dry powder, will result in extraordinary volume across the board. The most significant activity remains focused on buyout funds, but we see increasing interest in credit, venture, real estate and other sectors as sponsors become more familiar with GP-led liquidity processes.

Chris Robinson: Over the past year, large LP portfolio transactions, other than a few large deals, significantly slowed down as it was really hard for sellers to get comfortable with market pricing. Historically the secondaries market has split about 70/30 between LP portfolio deals and GP-led processes, and with a large segment of the marketplace taking a step back last year, key players recalibrated.

We are now seeing a huge influx of sellers of LP portfolios that are looking to take advantage of attractive NAVs. The public markets are doing well, so there is more conviction on pricing, which means we are seeing a number of pre-pandemic sized transactions coming to market. We expect some balancing out of GP-led and LP portfolio deals, with a likely 50/50 split going forward as more sponsors embrace GP-led processes and more capital chases these opportunities.

Have you seen any notable shifts in secondaries buyer appetite for GP-led deals over the past year? If so, what is driving that shift from the buyer perspective?

MS: We have seen many secondaries buyers who had not historically focused on GP-led deals jumping into the market with both feet in 2020. In terms of the drivers of that, first was the relative absence of large LP portfolio deals during 2020, which caused secondaries buyers to pay attention to opportunities elsewhere. Another factor was the rise of high-quality GP-led deals with blue-chip assets and sponsors, which provided comfort to buyers who may have previously viewed GP-led transactions through a different prism from a risk perspective.

Many secondaries buyers now also have primary programs, and so they were familiar with the sponsors and the underlying assets driving many of those deals. Given how quickly these deals move, that familiarity allowed buyers to limit diligence and negotiate transactions quickly, providing additional competitive advantage.

CR: Some of the largest sponsors doing GP-led deals have their biggest LPs on their LPACs and heavily involved in key platform decisions, meaning the opportunity to participate in one of these transactions and solidify relationships going forward is appealing, giving those LPs more access to a sponsor that’s performing well. We are also seeing more GP-dedicated pools of capital being raised as buyers start to think about these processes and opportunities differently.

CR: Certain buyers are just allergic to single-asset deals because the concentration risk on underwriting a single asset is something they cannot get comfortable with. Where there are multiple assets in a pool there is a spread of risk across winners and losers, and thus some buyers that are unable to dive deep into due diligence prefer these lower risk profile deals. There are a number of buyers in the market that can get comfortable with single-asset continuation funds though, and welcome that concentration risk.

MS: It’s obviously a growing segment of the market, with single-asset deals comprising around 20 percent of GP-led deals in 2019 and up to around 30 percent last year, which is pretty significant. Many secondaries buyers were historically allergic to single-asset continuation funds but more buyers are coming to market with broader and more flexible strategies to pursue them.

CR: A noticeable shift during the pandemic is that single-asset deals are now involving a sponsor’s highest-performing asset and blue-chip sponsors are coming to market with companies that are performing really well, and these sponsors are looking to separate those cash assets from the rest of the portfolio. We’ve seen a number of those types of lift-outs, and buyer appetite for these deals continues to expand.

Apart from diligence on the underlying assets, what are the key risk considerations that buyers tend to focus on before proceeding with these deals?

MS: These deals typically involve significant conflicts, not least of which is the GP is acting on both sides, so it is not atypical for the selling fund LPA to require LP or LPAC consent before entering into a transaction. Buyers will want to confirm the sponsor has undertaken that analysis and obtained necessary consents; a common deal killer is LPs being informed too late in the process, which can create significant impediments despite the GP and potential buyers having already put in a significant amount of work.

“Many secondaries buyers were historically allergic to single-asset continuation funds”

Another issue for buyers is whether the deal structure is appropriate, and particularly whether LPs are being asked to choose between two bad options. If existing LPs will not be offered a status quo rollover option, then the buyer may have questions about how comfortable LPs are with the terms, which may have potential implications for the deal.

A third issue is fairness and valuation opinions, given the GP is on both sides. Sometimes the sponsor and LPs might be comfortable with an arms’ length process on pricing, but in other cases there is a desire by the sponsor or a push by LPs to obtain third-party input.

Finally, there are tax and regulatory issues to consider: for example, the buyer needs to understand whether ‘blockers’ will be moved to or inserted into the structure, and whether there is a requirement to make antitrust filings which could take time to file and receive approval.

CR: The other thing buyers are getting a bit more sophisticated on is not just fund-level analysis, approving conflicts and making sure LPs are comfortable, but also making sure sponsors are doing everything necessary at the underlying company level. There may be consents needed as part of the change of control analysis, including reviewing credit agreements and lending arrangements as well as any long-term incentive plans. Making sure there are no concerns at the portfolio company is critical to avoiding unnecessary delays at the end of process.

Finally, how do you see the market for these processes developing this year and next, and what will be the principal drivers of deals?

CR: We are likely going to continue to see blue-chip sponsors coming to the market and high-profile names accessing the GP-led space. That will drive more momentum from mid-market and lower mid-market sponsors starting to access these opportunities for the benefit of their existing LPs.

We are also likely to see more buyers enter the secondaries space and increased capital raising around these opportunities. New entrants will increase competition and allow the market to continue to grow.

MS: It’s already been a tremendously busy year and we are only in the spring. This year is shaping up to be one of the largest ever in the secondaries market, with large LP portfolio deals coming back in full force as GP-leds continue to grow. The amount of dry powder in the hands of secondaries fund sponsors means this is going to be an incredibly active time for everybody involved. 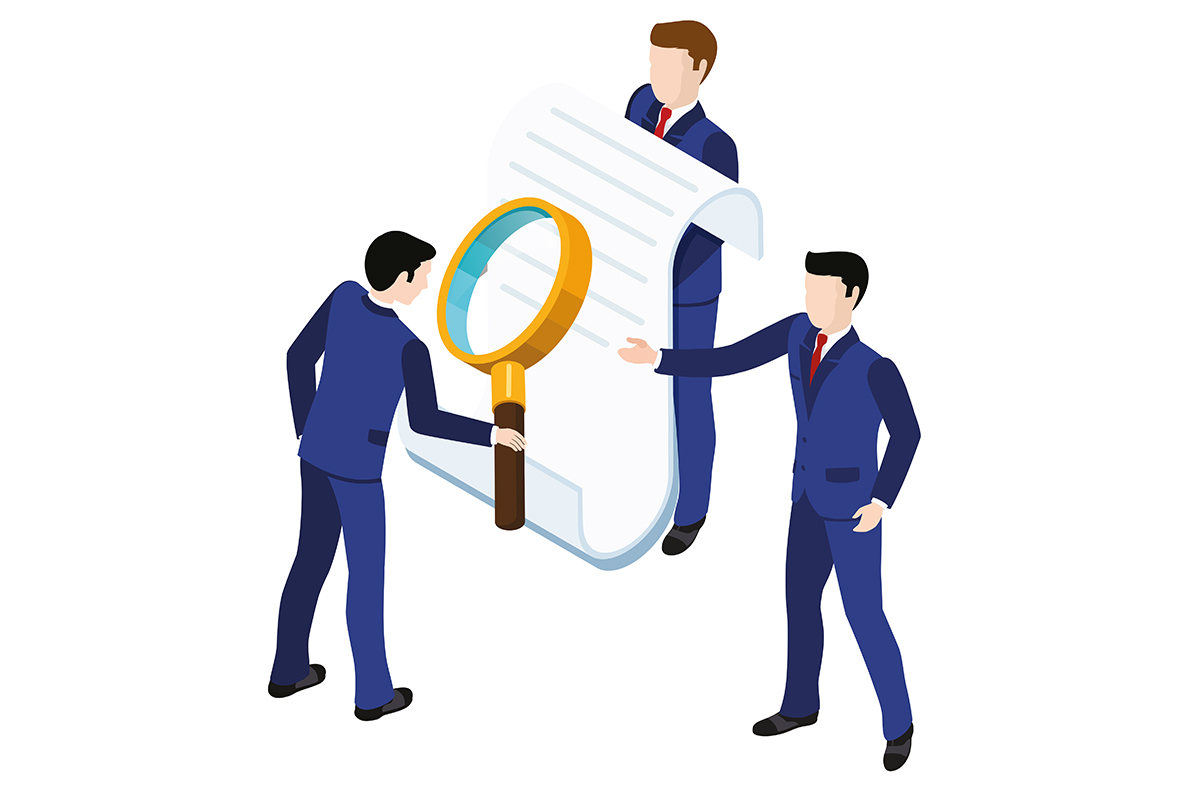 After being invited to participate in a continuation fund deal, what specific terms do buyers tend to focus on, both from a fund and transaction perspective?

CR: The transactional documentation on these deals tends to be negotiated in parallel with the continuation fund terms. One issue is whether there is one buyer or multiple buyers involved and how you make sure there is a proper allocation of how much of the deal one buyer takes versus another. One of the early items that the parties focus on during term sheet discussions is the allocation waterfall, as many buyers will want to have some comfort that at the end of the process, they are going to have enough skin in the transaction to make it.

Another item is the focus on proper alignment of interests. The market is changing as it relates to requiring the rolling of 100 percent of the sponsor’s commitment into the new continuation fund, but there remains the need to have some level of proper alignment for the GP, whether via a certain threshold or commitment. These items tend to come up early in these processes, with buyers wanting satisfaction on what the GP is going to commit to the new vehicle.

Expenses are another big ticket negotiated item, including determining who is paying for what and what, if anything, is being charged that is going to surprise existing LPs.

Buyers also focus on the terms of the waterfall and whether there are any specific hurdles a buyer is going to require a GP to meet before they can receive their carried interest. That tends to be structured differently to the underlying funds, and in these transactions, we tend to see such hurdles either tied to IRR tests or multiples of investor capital.

MS: In addition to the management fee and the waterfall, buyers also focus on how purchase price mechanics and adjustments work, including whether portfolio fees are being paid from portfolio companies to the sponsor between the valuation date and closing. There will continue to be a focus on more traditional purchase agreement protections, such as reps and warranties, indemnification, holdbacks and closing conditions, and also fund formation terms such as recycling, governance and potential LP or LPAC remedies.