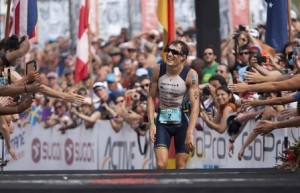 Providence Equity’s World Triathlon Corp, which owns the Ironman Triathlon franchise, has held talks with investment banks in recent weeks about appointing advisers that will help it explore its options, the people said this week.

World Triathlon Corp has annual earnings before interest, tax, depreciation and amortization of more than $50 million, and could be valued at more than 10 times that amount, including debt, the people added.

The sources asked not to be identified because the deliberations are confidential. Representatives for Ironman and Providence Equity declined to comment.

Ironman is a long-distance triathlon featuring a 2.4-mile swim, a 112-mile bike ride and a 26.2-mile run that has to be completed in under 17 hours. Ironman now hosts 180 events in more than 20 countries, including shorter races.

The asset could appeal to other private equity firms or companies that invest in content and live events, the sources said. Live events and sports brands are some of the most attractive and fast-growing areas of the media industry.

The first Ironman race was held in Hawaii in 1978 with 15 entrants. The idea for the race came from naval officer John Collins and his wife Judy who issued a challenge to see whether swimmers, bikers or runners were the toughest competitors. The World Championship, where 2,000 athletes compete, is still held in Hawaii and is televised on U.S. television network NBC.

A physician and Ironman participant John Gills bought the rights to Ironman in 1989 and sold World Triathlon Corp to Providence in 2008 for an undisclosed sum.

The company generates revenue from selling licensing for merchandise and is also paid through entry fees, sponsorships and global TV rights.

The company raised $240 million in financing last summer and paid a dividend to Providence.

(Reporting by Liana B. Baker and Greg Roumeliotis)