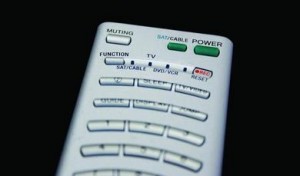 , a US-based private equity specialist in the media and communications sector, has increased its exposure to Central and Eastern Europe with a US$200m (€136.3m) investment in , Ukraine’s largest private equity transaction by a Western investor to date.

, a private equity investor in Eastern Europe since 1994, has rolled over some of its proceeds to take an undisclosed stake in Volia Cable. The firm manages funds of more than US$1bn, has invested in more than 80 Ukrainian companies and has offices in Kyiv, Kharkiv, Sofia, Bucharest, Astana and Houston, Texas.

advised Providence; and advised SigmaBleyzer. The transaction is expected to complete in late December.

“This is our seventh significant investment in this sector in Europe and our second in Eastern Europe, which is experiencing increasing demand for sophisticated television and broadband services,” said Jonathan Nelson, chief executive officer of Providence Equity Partners.

The transaction highlights two of private equity’s current sweet spots: the emerging markets of Central and Eastern Europe and triple-play cable providers. Leading buyout firms such as and Carlyle have recently pushed further into CEE, with opening a Warsaw office to focus on the region, in particular Ukraine, launching Prague and Kiev offices this year, and Bridgepoint poaching Advent’s Polish head Khai Tan in February to launch its own Warsaw office.

Rhode Island-based Providence has itself been at the heart of a number of triple-play transactions, including partnering with Carlyle for the €1bn acquisition of Sweden’s Com Hem from EQT; leading a consortium including Apax Partners, Blackstone, KKR and Permira in the €13bn buyout of Danish telecoms group TDC; and, with partners Carlyle and GMT Communications Partners, selling Dutch cable company Casema to Cinven and Warburg Pincus for €2.85bn. The latter then merged Casema with Essent Kabelcom, a €515m buy for Warburg Pincus in 2005.

Providence’s other investments include Hulu, eircom, PanAmSat, ProSiebenSat.1 and, its other cable deal in the region, Digiturk, a Turkish digital pay television business.