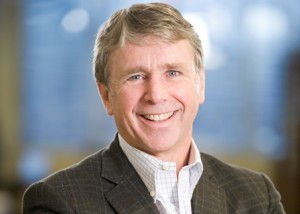 Committed to PE since inception: $670 mln

“Private equity is based on relationships and relationship value – it is local,” said Kennedy, founder, chairman and managing director of Kensington. “We try to be selective, doing business with people with whom we can form reciprocal relationships. That means always putting up your own money.”

The Toronto-based firm offers clients a range of opportunities for accessing private equity, hedge funds, venture capital and infrastructure. Fund vehicles – targeted to institutional, high net-worth and retail investors – commit capital to fund partners and undertake direct deals and co-investments in which the firm usually has a stake.

Kensington also provides advisory services to clients, many of them small and mid-sized pension funds and endowments. It advises on multiple issues, but is especially active in one-off transactions, such as executing and managing direct investments or selling secondary interests. Here again, Kensington puts “skin the game” in the form of equity commitments into the direct deals, Kennedy said.

For Kennedy, Kensington’s combination of customized fund and advisory services suits the differentiated needs of investors. It also satisfies their desire for alignment.

Kensington was founded in 1996, at a time when Canada had relatively few private equity firms. It initially focused on direct investing, deploying the firm’s own capital to partnerships with private company owners. This early history greatly influenced Kensington’s subsequent market activity, Kennedy said.

In the early 2000s, Kensington entered the fund of funds industry with a focus on the mid-market and global collaborations with groups like Harbourvest and Nordea. It also assisted the Canada Pension Plan Investment Board in getting its private investments group up and running and gaining exposure to private equity markets.

Kennedy said the firm raised around $450 million to $500 million in total committed capital for its domestic and global fund of funds offerings in this period. The two flagship funds of funds, with vintages of 2004 and 2007, had net internal rates of return of 10.6 percent and 12.2 percent, respectively, as of the first quarter of 2015.

He touted the firm’s long-term performance. “We’ve made over 100 investments and lost money on four of them,” he said.

Kensington has committed to managers like Novacap Industries, Thomas H. Lee, KERN Energy Partners, Bedford Capital and TriWest Capital Partners, according to a summary of its activity. The firm also made direct investments into companies like Ceridian Corp, KMC Mining Corp, D-Wave Systems and Touch Bistro, the summary said.

Kensington found success in this role, but recognized that institutional investors were becoming increasingly disillusioned with traditional fund models, Kennedy said: “Most people don’t want to be in a fund of funds anymore.”

In time, the firm forged a new path, opting for smaller-scale operations and an emphasis on close working partnerships with clients and greater use of direct strategies.

In 2007, the firm launched a mutual fund trust to give clients access to private equity funds and direct investments. Only accredited investors are allowed into the fund, which is balanced roughly between institutional and individual participants. The fund, with over $80 million in assets at this point, offers investors annual redemptions, Kennedy said.

At present, Kensington manages close to $700 million in its alternative investment programs and typically completes transactions valued at between $200 million and $300 million annually.

Kensington recently increased its activity in the venture space. In November, it launched Kensington Venture Fund, which invests in Canadian funds and tech startups. So far it has raised $193 million from a mix of limited partners, including Richardson GMP, OpenText, RBC, BMO Financial Group, CIBC, TD Bank Group, Scotiabank and Torstar.

Last month, Kennedy was the recipient of the Canadian Venture Capital & Private Equity Association’s 2015 Ted Anderson Community Leader Award. He won the award for his work in local non-profit organizations and causes, including his support of Regent Park School of Music, a music education program for disadvantaged kids in Toronto. Launched in a church basement in 1999, the school has more than 10,000 graduates to date.

Kensington is Toronto-based and maintains an office in Calgary, too. The firm’s other senior investment professionals include Managing Directors Rick Nathan, Eamonn McConnell, John Walker and Suganya Tharmalingam, who is also CFO.