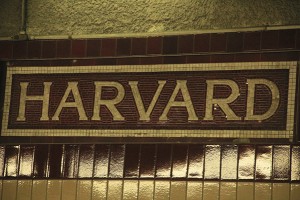 Diversity, however, remains a challenge in the industry.

Erik Brooks, managing partner at Abry Partners, said at the Jan. 27 conference that it was “extremely difficult to find highly qualified diversity candidates,” and he called for “bigger pools from which to choose.”

Jay Sammons, head of Carlyle Group’s global consumer and retail team, touted the firm’s efforts on this score, including a focus on building diverse boards at the firm’s portfolio companies. The emphasis was not on any moral imperative, but rather the belief that diversity leads to better decision-making.

“Private equity has just gotten better,” said Patricia Zollar, managing director at Neuberger Berman, reflecting on developments since she got her start. “It’s no longer just a cottage industry.”

Zollar cited the diversification of investing strategies and the rising number of PE-backed companies, which she said have increased sevenfold in the past 15 years —“a sea change.”

“I see that trajectory continuing,” she said.

Michael Berk of TA Associates said private equity was “absolutely” as good now as it was 10 years ago, extolling the “intellectually stimulating” opportunity to survey “all different kinds of exciting business models” and the ability “to make an impact on people and the economy.”

“I totally agree,” Sammons said, though he told the aspiring crowd that given the amount of hard work and travel, people should do it only if they enjoy it, not because they think they should.

“So it’s all rainbows and unicorns,” joked moderator Christian Atwood of Kirkland & Ellis, “no challenges, nothing that needs to get fixed.”

It was an understandable response, given the tone of the panel, as well as the event generally. The observation by Bain Capital’s Darren Abrahamson that private equity is “pretty dated” in terms of technology counted as strong criticism, in context.

The optimism extended to tax reform, though here it was tempered by some uncertainty. “Net-net, it’s a benefit to the industry,” said Berk. The new 21 percent corporate tax rate will be “meaningful” for cash flows. Cutbacks to interest deduction are “another blow to highly leveraged companies,” but the impact will be cushioned if rates stay fairly low.

“It will be interesting to see what happens to durations of hold periods,” Berk said, given the extension from one to three years for investments to qualify for carried interest. “Does it change the ability to do dividend recaps?” Internal rates of return might also be affected.

Abrahamson said that a software company, with low capital expenditure and high leverage, is more likely to suffer from interest-deduction changes than an industrial one.

He added that the cost of private capital, as a competitor to the public markets, could go up, making take-privates less attractive but benefiting IPO exits.