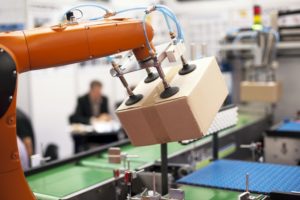 The New York private equity firm this month reported the amount raised by Radial Equity I in a Form D fundraising document. The vehicle’s target was not disclosed. M2O Private Fund Advisors is the placement agent.

Radial was founded two years ago by managing partner Phil Carpenter, who is also co-managing partner of Irving Place, the former Bear Stearns Merchant Banking. He leads Irving Place alongside John Howard, who established BSMB in 1997 and led its JP Morgan spinout and rebranding in 2008.

As BSMB, Irving Place closed three flagship funds, the third of which secured $2.7 billion in 2006. In 2016, the firm was gearing up for the launch of a fourth fund with a target of $1 billion to $1.5 billion, Secondaries Investor reported. There is, however, no record of fundraising.

Irving Place is now making way for Radial, according to its ADV filings. The firm, which oversaw $1 billion-plus in regulatory assets at the end of last year, is no longer making new investments. “Certain personnel,” who are helping to manage and dispose of existing investments, are expected to join Radial “during a transition period.”

This transition is reflected in Radial’s leadership team. Along with Carpenter, Irving Place partners David Knoch, Devraj Roy and Keith Zadourian are partners of the new firm. Radial’s chief financial officer and principals also hold the same jobs at its predecessor.

Not surprisingly, Radial’s strategy bears some resemblance to that of Irving Place. It invests in companies that have EBITDA greater than $7 million and focus on North America’s consumer and industrial sectors. Equity investments made through buyouts, majority recaps, carve-outs and other deal types generally range from $50 million to $200 million.

Radial recently closed what appears to be its debut platform deal. In April, it announced a partnership with Lewisburg Printing Company, a 123-year-old maker of printed materials and packaging for markets like personal care, food and beverage, healthcare, pet and household products.

LPC is in Radial’s wheelhouse as Irving Place had a history of investing in the packaging industry. Among a total of more than 60 investments made since inception are Chesapeake, sold in 2013 to Carlyle Group, and Multi Packaging Solutions, sold in the same year to Madison Dearborn Partners.

Carpenter joined Irving Place in 2002 after working as an executive at Brockway Moran & Partners and Trivest Partners. He began his career in 1994 as an investment banking analyst with Bear Stearns & Company.

Radial did not respond to a request for comment on this story.