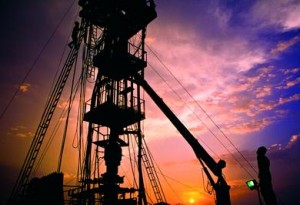 Oil and gas companies make hundreds of billions of dollars each year extracting, refining and transporting their products to consumers. It’s a business that can apply a small technological advantage to a global supply chain and benefit from improved efficiency.

“The market is quite large,” says Advanced Technology Ventures General Partner Wes Raffel of the oil and gas business. “There aren’t too many that are larger.”

So it may be surprising to learn that U.S. venture capitalists have not attacked the industry with greater. There are just a handful of U.S. start-ups working to bring technological improvements to the market. They’re typically focused on applying information technology innovations, materials breakthroughs or new chemical processes.

Consider Austin, Texas-based Sensortran, which uses lasers and fibre-optics to monitor temperature across long distances. The start-up has raised US$11.5m from Advantage Capital Partners, Stonehenge Capital, Expansion Capital Partners and WHEB Ventures. Expansion Capital Principal Alex Sloan liked the company specifically for its oil and gas applications, namely that it can be used to monitor the long pipes that carry energy and ensure that they don’t spring leaks.

Software has its place in the oil and gas industry too. For example, Sparsix, a San Francisco-based start-up with operations in Russia, aims to apply complex algorithms to the modelling of oil deposits. It’s a sophisticated computational task. An oil company can spend two or three months collecting data, and then it can take a year to analyse it to determine if it should renew a billion-dollar lease on the property. The oil and gas industry is one of the largest buyers of high-performance computing.

Sparsix is working to make the computing associated with “reservoir simulations” work much faster by combining efficient algorithms with hardware optimised for dealing with the geologic data.

“There’s a big push these days to review seismic and geological data around the world to pull oil out of fields that have been dormant or to increase the production of existing fields,” says vice-president Vic Batson.

Raising money for the seed stage start-up hasn’t been easy, though. “Unfortunately, when VCs look at this space, unless they really understand it, they don’t get it,” says Sparsix President Daniel Considine. “The challenge we faced in Silicon Valley was that most VCs were pretty myopic. They want something that is either completely new or something that’s Web 2.0. They’re slowly coming around.”

Of course not all start-ups are looking to apply information technology to the oil and gas business. Pleasanton, Calif.-based Sub-One Technology has been working on better materials. The start-up has developed a coating that protects pipes from the corrosive chemicals that pass through them.

Advanced Technology Ventures general partner Wes Raffel says that there are about 2.1 million miles of pipelines in the United States, transporting natural gas, crude oil, petroleum and other products. His firm participated in Sub-One’s US$7m Series B round in 2006.

Sub-One estimates that about US$8bn is spent annually to deal with the effects of pipe corrosion. The company claims its product not only improves pipe strength, but will allow existing pipes to remain in service for longer.

Standalone VCs may be slow to pick up the implications for such technology, but corporate investors haven’t missed a beat. Nomura International, GE Energy Financial Services and Chevron Technology Ventures came together with ATV to put together a US$24m Series C round for Sub-One in February.

As exciting as the technology is, traditional firms such as ATV might have missed out on the deal entirely. Company President Andy Tudhope says that he wasn’t looking for funding from VC investors.

“We were looking to do a strategic round with people who could help us broaden our base into other industries,” he says. “When ATV came to us, we weren’t looking for money.”

Even biology is pressed into service to improve the chemical processes associated with oil extraction. Houston-based GloriOil, for example, has developed a way to ease the extraction of oil out of nearly tapped wells. The company claims that its technology leads to a 200% increase in oil extraction, with additional efficiency measures, in a large-scale field trial. The company raised US$10m from Kleiner Perkins Caufield & Byers and Global Technology Investment last summer.

Despite the large market opportunity and a handful of examples, entrepreneurs are having a tough time getting the attention of VCs. But that may be changing as firms hone specialties in the business.

ATV is expanding into other oil and gas-related companies. It partnered with Charles River Ventures last summer on an US$8.3m Series A round in Rive Technology, a start-up working on better catalysts for oil refining.