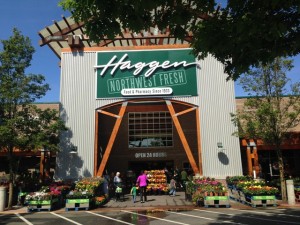 The FTC remains a significant player for private equity deal-making in the middle market on a couple fronts in 2015. While it may order divestitures that create opportunities for middle-market firms to buy up overlapping units in a big merger, it also challenges smaller buyouts to avoid potential monopolies.

Middle-market sponsors may think their deals won’t trigger a review by the FTC, but the commission has actually been getting involved in transactions under $100 million, according to an antitrust lawyer who cited one recent case.

Overall, the FTC continues to probe proposed business combinations to reduce or eliminate any unfair advantage in the marketplace that could result in too few players in any specific region or area and drive up prices for average Americans.

Moves to break up potential monopolies may also provide a source of deals for middle-market firms. One recent example is the hefty $9.4 billion deal by Cerberus Capital Management LP to buy Safeway Inc, one of the largest food and drug retailers in North America. The deal won’t close until early this year, a bit longer than the year-end 2014 projection when the transaction was announced on March 6. The FTC required Albertsons, also owned by Cerberus, to sell off 168 stores to avoid any perceived unfair competition in some markets.

In late December, Alberstons announced several deals to pare down its portfolio. Among the buyers, Associated Food Stores is purchasing eight locations in Montana and Wyoming; Associated Wholesale Grocers is buying 12 stores in Texas, and Supervalu is buying two stores in Washington state.

A large chunk of the overlap between Safeway and Albertsons reportedly attracted bids from bigger players, including Oaktree Capital Group and billionaire Sam Zell, as well as middle-market player Comvest Partners of West Palm Beach, Fla.

Comvest Partners won the deal, which will allow it to increase its Haggen Food & Pharmacy platform to 164 stores from 18, with a presence up and down the West Coast. The transaction was announced on December 19, with a closing expected in early 2015. Akerman Senterfitt LLP worked as the law firm for Haggen and Comvest on the deal.

Convest Partners emerged as the lead buyer partly by moving quickly, said said John Caple, partner at Comvest Partners and chairman of the Haggen board of directors.

“We were able to differentiate ourselves both in the quality of the Haggen team and the Comvest team… (and) we were able to convince the Cerberus guys that we’d do a good job in getting this deal done with speed,” he said. “That was even more important than the purchase price. They have a $9.4 billion deal they need to get done.”

Up until this transaction, Comvest didn’t have much experience with the FTC, Caple said. He called it a “different animal” than the usual cast of regulators that work with private equity firms.

“We don’t operate in this area very often,” Caple said. “You have to have good counsel. In my experience, be as truthful and up front with them (the FTC) as you can. If you give them what they ask for, in the end they can be reasonable. If you try to fight, it just gets worse. Assume they’re good people and work with them.”

Carl Hittinger, partner with BakerHostetler and a specialist in antitrust law, said the FTC takes a close look at supermarkets, airlines and any other business that could see an increase in prices if one player gets too big in a specific region.

In 2013, the FTC and the Idaho Attorney General took action against a deal by St Luke’s Health System to buy Saltzer Medical Group, the state’s largest independent, multi-specialty physician practice group. Regulators said the deal would create a “dominant single provider” in Nampa, Idaho, with nearly 60 percent share of the market. In January 2014, a federal judge ordered St Luke’s to fully divest Saltzer’s physicians and assets and take any further action to unwind the acquisition. (St Luke’s has appealed the decision in federal appeals court, which has yet to issue a ruling.)

“From the government’s perception, they give a fair and honest assessment,” Hittinger said. “They’re not a rubber stamp. That’s the thing private equity firms should understand. The FTC is a vibrant, powerful agency, with five commissioners and a competent staff that takes its job seriously and won’t hesitate to block a merger if they think it’s anti-competitive.”

“Private equity firms have to look at the deal risk,” Swiman said. “They need to study past settlements, the economic consequences of a deal, what they’ll need to divest, how long the process will take, and the risk of deal not closing.”

“The FTC folks are consumers, too,” he said. “There’s a bias to make sure the consumer is protected. They’ll err on the side of being cautious.”

In another FTC action last year, it blocked the sale of Fenway Partners-backed American Achievement Corp to a unit of Kohlberg Kravis Roberts & Co in a deal that would have cut the number of major players in the class ring business to two from three. The companies decided to scrap the deal.

Tips for working with FTC

Source: Attorneys who work in compliance and anti-trust