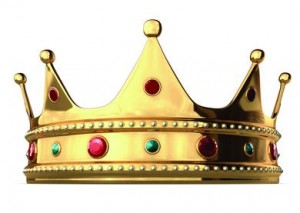 A group of sovereign wealth funds (SWFs) is scheduled to gather in Chile in September to finalise a voluntary code of practice that could go some way to answering fears that they are Trojan horses for foreign governments bent on taking control of other nations’ strategic companies.

The meeting under the auspices of the International Monetary Fund is the latest chapter in the fast developing story that has seen SWFs bail out Western banks brought to their knees by the sub-prime crisis.

Far from suspicion and brickbats, some believe that SWFs deserve a red carpet and ticker-tape parades for arguably pulling the financial institutions of the West back from the brink of panic and collapse.

Sovereign funds have also emerged as major investors in private equity, for example through the stakes that China and Abu Dhabi took respectively in and , and the investment that China is making in funds set up by both and .

They are seen as a valuable source of liquidity in the credit-crunch era, potential primary investors and co-investors, an additional market for secondaries, but also as possible rivals in the fundraising game and in the acquisition of portfolio companies.

Sovereign funds in one guise or another have been around since at least the 1950s and are now broadly split into two camps. The first is state-owned or controlled pensions. Then there are Sovereign Wealth Funds (SWFs): those set up with earnings from oil and other resources; and others that invest surplus foreign reserves.

There are now more SWFs than ever, and they are becoming larger as governments look for higher returns on foreign reserves that have mushroomed because of higher commodity prices and large current account surpluses.

Global consultants estimate that sovereign funds had around US$5trn in assets at the end of 2007.

State Street, which handles around US$270bn for sovereign wealth funds, puts SWFs’ assets at US$3.2trn and growing at around 17% a year, Reuters reported recently. This dwarfs the global hedge fund industry.

It is still less than a twentieth of the value of funds managed by mutual, insurance and pension funds, but it is growing fast. Morgan Stanley predicts that SWF assets will reach US$12trn by 2015 if energy prices remain high, approaching the scale of America’s GDP in 2007.

As new SWFs evolve, they are rapidly moving away from their traditional bias towards bonds to accept more risk in search of higher returns. Their current allocation to equities is 50%. State Street believes they will migrate to having around 60% in equities, a third in bonds and the rest in alternatives including private equity – a balance similar to pension plan asset allocations.

SWFs invest around 2% of their assets in private equity, according to John Gripton, a managing director and head of investment management Europe at , which came up with the figure through its own research.

No-one knows whether that allocation is about to change dramatically. But whatever the future holds, it is clear that through their growth in volume, value, and the rebalancing of their funds, SWFs are already impacting on the private equity ecosystem.

“I suppose one concern there would be is the volume of assets that are seeking to be placed in private equity, and the impact that would have,” says Gripton.

Control ultimately comes from individual fund managers and the LPs investing. Gripton stresses that there is currently no evidence that private equity funds are raising more than they can reasonably invest, but he also lays down a marker for the future.

“In discussions between GPs and LPs, funds are being capped at reasonably sensible levels historically. So it becomes a question of how it moves forward from here and how the market sums it up, particularly with the mega deals and the large buyouts.”

It raises the question: if traditional investors retrench in the short-term, could GPs end up turning to sovereign wealth funds, leading to a longer-term increase in the share of private equity funds that are sourced from SWFs?

“I think that’s a very valid point,” says Gripton. “It’s very difficult at the moment. We do not know whether fund sizes are going to decrease. Our view is that there are still significant opportunities out there to support the capital that’s been raised, and we do not consider there to be a large overhang of capital at the moment.

For some, any inroads made by SWFs will depend on fund size.

“The impression that I get from many GPs is that they’d really like 30 to 50 LPs, medium to large sized, per fund,” says Sam Robinson, director at , the fund management business of SVG Capital.

“GPs do not generally want their investor base to be highly concentrated. I’m sure sovereign funds will top the queue when it comes to a mega fund, but smaller funds may regard them with some caution.”

Mounir Guen, the founder and CEO of , the private equity placement agent, does not foresee a turf war between LPs and SWFs over participation in private equity funds, but accepts that change is afoot.

“The LPs will still definitely be there longer-term. One’s not going to crowd out another: there’s a rebalancing occurring.”

Robinson says he is hearing concerns from some GPs over SWFs’ possible impact on deal flow. “GPs target net returns of, say, the high teens. SWFs with a large amount of cash on deposit may be prepared to outbid private equity firms and earn a lower return than them if the asset is perceived to be relatively low risk.”

The end of the curve

GP concern on this front is understandable. The big question that new pools of sovereign capital are asking themselves is whether they should go through funds or go direct.

Guen answers this by drawing an analogy between Eastern Europe states that bypassed fixed-line telephony and cheque books in favour of mobile telephones and antennae, electronic funds transfer and ATMs. Emerging SWFs, he suggests, will also go straight to the end of the curve.

“The sovereign wealth activity that we see today will be very different two or three years from now. Ultimately, they’ll all do some primary investing, they’ll all do co-investing, secondaries, and they might do a few direct.”

Reassuringly for some private equity players, Guen is not alone in predicting few direct deals by SWFs. Despite high profile examples, there is currently little such activity overall, notes Robert Stein, who was recently recruited as a senior adviser to independent UK investment bank as it develops an SWF business,

“If you strip out their fund investments and specific co-invests alongside funds, you are talking about a small amount of direct investment – albeit some quite visible – that would compete directly with traditional private equity,” says Stein.

As for the likelihood that the new kids on the block will go into direct deals in a big way in future, he is sceptical on two counts.

“Political sensitivities are number one,” he reckons. Suspicion is marked in some territories. The US Senate blocked Dubai from assuming control of P&O’s American ports, and prevented CNOC from taking over Unocal. Germany’s Chancellor has publicly sounded a note of caution. France is constructing financial, legal and regulatory barricades to thwart incursions by foreign funds.

The great fear is that foreign governments will use SWFs as a stealth weapon to gain control of other nations’ strategic industries, such as defence, energy, high tech, and financial institutions.

At the time of writing, a group of sovereign funds was edging towards an IMF-mediated agreement on disclosure and transparency that was due to be discussed at an IMF’s international working group in Chile this September. The aim was to establish non-binding principles and practices before an IMF policy meeting in October.

LPs point out that it is almost impossible for a SWF to buy a significant company in the United States or the EU without alerting host governments. There are tax treaties, local filings to be made, and other bureaucratic and regulatory tripwires.

The UK is remarkably sanguine about SWFs, which is why London is one favoured location for new offices being established by sovereign funds, a fact that will ensure more formal and informal contact between SWF managers and the private equity community.

Said one LP: “From our perspective, the key focus is how SWFs behave as an investor. Many have been investing for years and have behaved in a perfectly reasonable manner for an LP. I think it’s group by group, depending on how the group manages itself. And in that sense, it’s down to the individual, rather than collectively having a negative view on them.”

SWFs value contact with strong local players from whom they may purchase portfolio companies. Set aside a background of falling corporate valuations, stressed and distressed companies, and trade buyers torn between making acquisitions and conserving cash, an increased presence by SWFs in the market could have a positive effect on liquidity, valuations and the market for secondaries.

Stein’s second reason for expecting only limited SWF activity in direct deals has to do with human resources and expertise,

“I would expect that as government entities with small teams, sovereign funds will rely more and more on third-party managers, i.e. leveraging not competing with the alternative asset management community.”

He believes that while SWFs certainly do not want to be labelled as uncommercial, their more flexible investment horizons and criteria will see them plough a different furrow than private equity on deals. “They are likely to be sources of equity where the traditional private equity firms leave gaps.”