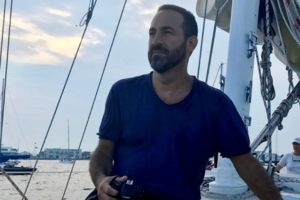 There are a few things you are guaranteed to hear about Marc Unger when you ask a peer or colleague about him. That he was deeply committed not just to his firm and coworkers but to the betterment of the profession at large, always making himself available to whoever – even peers at competing firms – might wish to ask him for advice or insight. That he was a consummate father and husband, with an almost renowned talent for balancing, and even integrating, his family life with his demanding career. That he had an infectious laugh to accompany his broad smile, generously given.

Unger, partner and CFO of Harvest Partners, died in December at the age of 56, leaving behind his wife Suzanne and their two daughters, Morgan and Ryann, as well as a wide network of professionals, many of whom considered him a close friend. A dozen of them, speaking with Private Funds CFO, say he was at the beating heart of what is a uniquely collaborative and candid community within an often cutthroat industry. (Friends of Unger’s are raising money for a scholarship in his name. Donations can be made here).

“It’s always been that if you need advice on something, call Marc,” says Shant Mardirossian, partner and COO of Kohlberg & Co, and a board member of the Private Equity CFO Association’s New York chapter. “He either knows how to do it, or he knows who to refer you to. I was emailing or on the phone with him all the time, exchanging ideas.”

Unger had been partner and CFO of mid-market private equity firm Harvest, which he joined in 2015. Previously, he had been COO and CFO at CCMP Capital Advisors for more than nine years, and before that, he was CFO at UBS Capital Americas.

Tom Arenz, partner at Harvest, says, “He was a consummate professional – interested first and foremost in working with his finance team to deliver the highest-quality work for Harvest Partners. And he wasn’t looking for accolades, he just loved doing his best for the firm.”

Unger was deeply involved in industry organizations, including the predecessor to the industry lobbying group the American Investment Council, and PECFOA, of which he was among the second wave of board members, joining in 2011. At PECFOA, “Marc always stepped up when it came time to come up with topics for our monthly CPE or social events,” says Stephen Hoey, senior advisor at Turnspire Capital Partners and also a PECFOA NY board member. “You always look for people to do that, and most people look at their shoes, but Marc understood why we were there and got involved.”

“Marc’s charismatic personality made him a natural born leader,” adds Heidi Deiner, national executive director of PECFOA. “He will be greatly missed by all of us at PECFOA who knew him and were privileged to call him a friend as well as a colleague.”

Knowledge sharing was at the heart of Unger’s brand of professionalism and it extended beyond peers to more junior professionals, Hoey, Mardirossian and others say. Hoey recalls that he, Unger and fellow board member Gerry Esposito of Newbury Partners felt it important to introduce events for controllers, “the CFOs of the future,” when they joined PECFOA.

And at his own firms, Unger often acted as a mentor. “If it wasn’t for him, I wouldn’t be where I am today,” says Dina Colombo, COO and CFO at GreyLion Capital, who worked for Unger at CCMP Capital Advisors, where he was COO and CFO for more than nine years before joining Harvest.

“Marc groomed me and made sure I always felt valued. He introduced me to many of the people in my network today.” She recalls he even partnered with her at a golf networking event, knowing she didn’t play. “That’s just the kind of guy he was.”

Unger played an important part in Private Equity International’s annual CFOs & COOs Forum, being among the first industry professionals that coordinators contacted when PEI was looking to launch the event nearly 20 years ago. “He was immediately receptive, bought into it with enthusiasm and asked how he could help,” says Jeff Gendel, principal at Gen II Fund Services, who was then working for PEI. Unger would go on to participate regularly at the event.

Beyond his commitment to industry organizations and events, Unger was a regular confidant to many in the industry. Nearly all the people speaking to PFCFO for this story said that Unger was among a small handful they would call when they needed professional advice or insight.

“We had regular board meetings but there was always one or two people I’d give a call, when I really needed some information, and get not just a quick but a very candid response, and Marc was one of the fewer than a handful of people that would be my first calls,” says John Malfettone, senior advisor at Alvarez & Marsal and former PECFOA board member.

Colombo says that even after he left CCMP, they stayed in close touch, and that he always took her calls. “He was always present in every conversation that you had, and always made you feel important.”

And Eve Mongiardo, a friend of Unger’s from their alma mater, Lehigh University, and former COO at Irving Place Capital, also placed him among a small group of people she’d call when she had a professional question. “He had such a breadth and depth of knowledge,” she says. “CFOs come in all varieties – they can be very accomplished accountants, or they can be more deal people, but Marc had it all – everything from understanding how deals were done to the finance and accounting.”

Unger was loved for his kindness and cheerful demeanor. With a laugh Colombo called “infectious,” he never lost his cool in challenging circumstances. “I’ve never met anyone like that,” Colombo says.

Jennifer Glassman, managing director and CFO of TowerBrook Capital Partners, adds: “He was a very happy person – whatever challenge you were dealing with and no matter how ridiculous it was, he always had a positive attitude about it. He liked to joke and lighten the mood, and he had this great smile.”

Esana Blank, CCO at CCMP, says Unger’s working relationships were uniquely personal, creating a productive and rewarding working environment while bonding many friendships along the way. “Working for him was simply a wonderful experience,” she says. “He treated his team not just as people who reported to him, but as individuals with unique personalities, families and lives that he took the time to learn about.”

And industry friends marveled at Unger’s work-life balance. “Marc had an amazing balance of being a family man,” says Elliott Attie, partner and CFO of Trilantic North America. “He even brought one of his daughters to one of our events so that she could network with us while she was still in college – that’s how involved he was in integrating all aspects of his life.”

Greg Feig, managing director and CFO of CCMP, recalls that Unger’s office walls were decorated with news clippings boasting his daughters’ athletic achievements. Unger was known for taking time out of whatever he was doing, should his family be on the line, and encouraging others to do the same. “My kids were born while I was working with him, and he would always say ‘it’s time you never get back,’ and make sure I got home to them,” says Feig, who even moved to Livingston, New Jersey – the town where Unger grew up and later returned to raise a family – because of his admiration for Unger. Feig recalls thinking, “He’s the smartest guy I know, and he lives there!”

“PECFOA is really a knowledge-sharing organization, helping those who are coming into the business to better understand the industry and private equity best practices… PE firms themselves are very competitive, and the deal people would have trouble forming a group such as PECFOA… Marc always stepped up when it came time to come up with topics for our monthly CPE or social events. You always look for people to do that, and most people look at their shoes, but Marc understood why we were there and got involved.”
-Stephen Hoey, senior advisor, Turnspire Capital Partners

“Marc was a peer, a colleague, a mentor, but I was most proud to call him a friend… When I was a young CFO in the industry, and he was on the board of the NY chapter of PECFOA, he together with Jenny Glassman from TowerBrook called me and invited me to join the board, and I’ll never forget that phone call and how gracious and welcoming they were.”
-Elliot Attie, partner and CFO, Trilantic North America

“I dated one of Marc’s fraternity brothers senior year, and I would show up at the fraternity house on a Friday night and they would all be watching Miami Vice in the dark with the volume down but the music blasting. Mark really channeled that 80’s style really well, with the polo shirts and jean jackets. He still had had a little Don Johnson in him… I have a picture of him from one of the Lehigh reunions, and he’s wearing a vest with a polo underneath it!”
-Eve Mongiardo, former COO, Irving Place Capital

“I was looking for a CFO to speak at an event whose firm had completed a minority stake in a PE firm. At the time, this was hard to find! Marc and a fellow board member had recently spoken on this topic at a PECFOA event in NYC. When I jokingly asked Marc if they would consider taking their show “on the road,” Marc immediately said if you need me to, I will. Wow. There was really nothing in it for him, yet he took the time to drive two hours to the event, spoke for over an hour, attended a reception afterwards, and then drove back home to be with his family; just to help others learn from his experience. Classic Marc.”
-Heidi Deiner, national executive director of PECFOA

“For people in our roles, where we don’t have peers within the firm and we often have to go outside to gain certain knowledge, there’s a group of us that have developed this network where we trust each other and can collaborate honestly and confidentially, even though we’re working at competing firms, to help us provide value to our respective teams, and Marc was very much an important part of that.”
-Shant Mardirossian, partner and COO, Kohlberg & Company