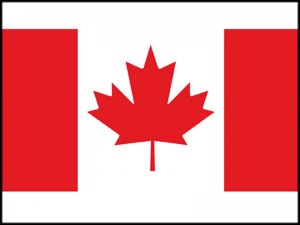 But make no mistake: the ‘shift-to-thrift’ by Canadian pension plans does not mean that private equity chieftains should never show their faces in Toronto or Montreal. Instead, it means the nature of their relationship will continue to change—dramatically.

How much has this relationship changed so far? Martin Day, who last month left the C$55.1 billion ($55.6 billion) Ontario Municipal Employees Retirement System, predicted in a June 2011 interview with Buyouts that by 2015, OMERS would have 95 percent of its private equity investments in-house. Day later told trade magazine Private Equity International that OMERS hadn’t made a single commitment to a traditional private equity fund in nearly three years. OMERS has 40 percent, or C$15.4 billion, of its portfolio invested in private investments and infrastructure.

Only 20 years after a direct investing model was first adopted by the C$107.5 billion Ontario Teachers’ Pension Plan, and later copied by several other Canadian plans, the results speak for themselves. Over the last decade, Ontario Teachers’ was the single best performing pension among the world’s 330 largest plans, according to the Economist.  Much, but certainly not all, of its success was due to the extraordinary success of Teachers Private Capital, which produced an 18.5 percent average annual return since its founding in 1991. The pension overall returned an impressive 9.95 percent annually between 1990 and 2010.

One major upshot for the buyout market: The shift in-house means fewer commitments to conventional funds. Keith Ambachtsheer, director of the Rotman International Center for Pension Management at the University of Toronto, said Canadian pension funds “are not shutting out the commercial private equity firms. But they are redefining their relationships to invest only in areas where these [traditional] firms have specialized talents that the pensions can’t reproduce. And, the pensions certainly have a mind to lever these relationships into co-investment opportunities.”

This shift by Canadian pensions do co-investments and direct investments continues to be driven by the desire to save on fees, to better control their investments, and to better capitalize on their longer investment time horizons.

By far the most important reason is the desire to save on fees.

Simply put, if fees are reduced, investments have a lower hurdle rate for success. And the best way to reduce fees, say top Canadian pension officials, is to build a solid team and do it yourself. By doing direct investments in-house, “making 5 [percentage points] in excess returns is not nearly as difficult as it is under the traditional ‘2 and 20’ model,” said Leo DeBever, chief executive of the C$67.3 billion Alberta Investment Management Company (AimCo), in a Buyouts interview last June. AimCo has 7.7 percent, or C$5.2 billion, of its portfolio invested in private investments and infrastructure.

“The problem with private equity,” he said, “is that it’s very, very expensive. You give up roughly a third of gross returns if you have a very successful investment, and you give up even more if you have an unsuccessful one.” He added: “the cost differential between doing it ourselves and doing this externally is three or four to one…And the differential is even higher in private equity and infrastructure.”

Do in-house private investments by Canadian pensions perform as well as those done by their private sector counterparts? Said Rotman International Centers’s Ambachtsheer: “On a gross basis, maybe not, but on a net basis, absolutely. At the end of the day, it’s the beneficiaries that count—and they live on net returns, not gross returns.”

Control is a second reason for the shift, yet some private equity firms have been quick to recognize that they can still be an important partner with Canadian pension funds.

Consider the 2009 buyout of Skype that was led by Silver Lake Partners, a top California private equity firm. Needing additional capital to seal the $2.9 billion deal, Silver Lake did not wind up getting cash from the local big boys—the $237 billion California Public Employees Retirement System or its doppelganger, the $152 billion California State Teachers Retirement System. Instead, Silver Lake turned to the C$152.8 billion Canadian Public Pension Investment Board, Canada’s second-largest pension. CPPIB has 21.9 percent invested in private investments and infrastructure, representing C$33.5 billion in all.

One major reason Silver Lake turned to CPPIB was that it had a robust private investment team trained to do the same kind of deep vetting done at big private equity firms. And given CPPIB’s efficiency with due diligence, it could sign off on the Skype deal quickly. Ambachtsheer said that for “people who want to do deals quickly, where do they go? They go to partners who can say, ‘Yep, I’m in’. CPPIB was chosen because they can make a decision in 30 seconds.”

When Microsoft later bought Skype for $8.5 billion in 2011, CPPIB cleared $633 million in profits over its original $300 million investment. It did so on similar terms as its partners, Silver Lake and Andreessen Horowitz, a VC firm.

DeBever of AimCo said in his last June interview that “private equity firms like to partner with us for the obvious reason that with our capital, they can tackle a bigger opportunity. And they know we can act quickly and do the analysis as well as they can.”

But by no means are Canadian funds leaving it to outside private equity firms to serve up deals on a platter. One recent development has been the creation of the Maple Group Corporation, a consortium of Canada’s leading pensions and financial institutions which got together to buy the Toronto Stock Exchange (a deal that is under regulatory review). Maple Group’s investors include several pension funds, such as AIMCo., CPPIB, the OTPP and Caisse de dépôt et placement du Québec. It also includes some of Canada’s leading financial institutions, such as CIBC World Markets, TD Securities and the Manufacturers Life Insurance Company.

Where their interests intersect, Canadian pensions are more likely to cooperate rather than compete, a trait that may foster a new breed of club deals. More than traditional private equity firms, Canadian pensions also share a desire and ability to do very long-term investments, especially in infrastructure, where Canadian pension plans are much more deeply invested than their U.S. counterparts.

One such deal in 2010 teamed up Teachers Private Capital with Borealis, the infrastructure arm of OMERS, and others to invest $3 billion in High Speed 1, the superfast rail link between London to the Channel Tunnel that goes to the European continent. OMERS (through Borealis) has been a huge infrastructure investor, committing 28 percent of the pension’s entire asset base to such investments.

Of course, the costs of putting together an infrastructure team or in-house private equity team are not cheap, monetarily or politically. Canadian pension funds, by virtue of being stand-alone corporations, can pay their best performers salaries and bonuses that somewhat approximate what they could earn in the private sector. DeBever, who made C$1.6 million in 2009, said that with incentives aligned with performance, members of his private markets team could earn more than C$1 million a year at AimCo.

“If you want great returns,” said Day of OMERS this past June, “you have to pay great people great amounts of money.” If you can’t do that, said DeBever, also in June, “you’d be foolish to try.”

There are risks, of course, to doing all or most of your private equity management in house. Besides the political risks of paying million-dollar salaries for less than stellar performance, Canadian pension funds with co-investment and direct investment programs are by definition less diversified; and a single disastrous investment can have an outsized impact on the pension’s overall assets. Another risk is that even with higher salaries, the in-house talent may still lag that at the top private equity firms.

So, what happens in Canada may not stay in Canada. In the United States, strapped state and local governments are placing extreme pressure on pension funds to catch up with growing liabilities, causing many U.S. pensions to boost their allocations to private equity and alternatives, and do so in ways, like the Canadians, that cost less.  In many ways, the effort to save on costs was the basis for the recent move by the Texas Teachers’ Retirement System and the New Jersey Division of Investment to embrace billion-dollar separate account deals.

Clearly, Canadian pension plans have been at the forefront of efforts to better invest their assets and control their costs. Some U.S. pension leaders have spoken wistfully about their Canadian counterparts, seeking inspiration as well as solace. Chris Ailman, the chief investment officer of CalSTRS, told Buyouts in March that Canadian pensions have evolved in a much better way than their U.S. counterparts. “It’s very difficult to change the business model we operate in,” said Ailman. “We know it’s a flawed model. A government agency is not an effective business model for money management. You don’t have to be a Harvard grad to figure that out.”

But there are still untapped lessons that U.S. pensions can learn from their Canadian counterparts. One such possibility is the prospect of banding together, as Canadian plans have done, to better use their collective market clout to get deals done and secure better fees and terms on the funds that they do invest in.