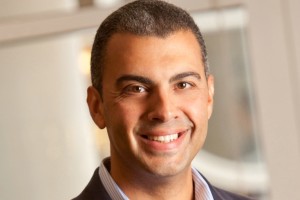 Cleveland-based Resilience Capital Partners needed just four months on the fundraising trail to top the $223 million it raised for Resilience Fund III LP, which wrapped up in 2012.

Resilience did not return a phone call seeking comment.

A Form D filed with the SEC on Nov. 3 disclosed a total offering amount of $300 million and listed two officers for the fund, Bassem Mansour and Steve Rosen, who are co-CEOs of the firm. The filing said the firm had raised $284.5 million from 23 investors, but it did not disclose the names of limited partners. Griffin Financial Group of Reading, Penn., acted as placement agent, earning just over $3.1 million in fees, according to the filing.

In interview with Buyouts in late 2012, Rosen said the firm often finds deals in the Midwest, with a heavy emphasis on its in-house operating partners.

“Our staff is heavily weighted toward operating executives and former CEOs,” he said at the time. “A lot of larger firms have those resources, but very few smaller firms do.”

Founded in 2001, Resilience counts 41 companies under 23 platforms in its current and past portfolio.

In September, it paid an undisclosed price for flame-resistant clothing maker Riverside Manufacturing Co and merged it with platform company Affinity Specialty Apparel of Dayton, Ohio.

Over the summer, Resilience invested an undisclosed amount in family-owned Hynes Industries Inc to form a platform manufacturer of strip steel and flat wire based in Youngstown, Ohio.

Also over the summer, Resilience bought Fulton Technologies and merged it with platform company Aero Communications, a provider of technology to broadband and wireless providers.