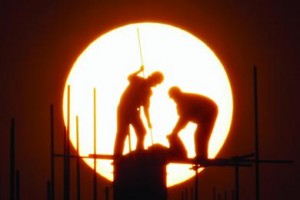 DIC-owned Almatis has hired Close Brothers to advise on managing its US$1bn debt burden, Rothschild is advising a group of senior lenders and KPMG has been brought in to do due diligence on the company.

Banks are understood to have been asked to agree a standstill as a preliminary to wider-ranging discussions.

The buyout of Almatis was among the handful of syndications to close in the second half of 2007, making it among the first post-boom European LBO structures, notable for the large equity contribution from DIC. UBS arranged the US$1bn of senior and mezzanine debt backing the deal.

Germany-based Almatis is a leading producer of specialist alumina materials used in industry.

The auction of European Capital, American Capital’s €2.7bn European subsidiary, is moving to a second round, according to private equity sources.

Experts said European Capital’s assets were likely to be sold as a portfolio rather than as a staffed going concern. One manager who looked at the deal said he expected the portfolio could sell for as low as 9% to 15% of the face value of the assets.

European Capital became a wholly-owned subsidiary of American Capital which is selling the assets in order to pay down debt. The auction is being managed by M&A adviser Citigroup.

European Capital’s ‘one-stop LBO shop’ model mean it invested across equity, mezzanine and senior debt, though the portfolio being sold is heavily weighted to mezzanine.

But people who had looked at the deal said the combination of stressed assets and the decision to try to sell the assets as a portfolio rather than allowing buyers to cherry-pick quality assets makes the auction especially tough, turning off the kind of strategic distressed debt buyers who might be interested in particular deals.

Compounding the issue is the increased likelihood that, where deals do face restructuring, subordinated debt is increasingly out of the money, fatally undermining its traditional appeal to loan-to-own investors.

American Capital suffered a loss at the end of 2008, creating huge problems for the business which had funded itself with a combination of public listing and debt. European Capital had a separate UK listing until March.

Rothschild is managing the sale process.

In April, lenders rejected a restructuring proposal from Carlyle and proposed a deal structured around extending new senior and junior debt to the company, while taking a 31% haircut.

IMO debt was widely traded in the secondary market and distressed debt funds are understood to hold a majority of outstanding senior facilities.

Any acquisition is likely to be executed through enforcement by senior lenders rather than a consensual restructuring.

Lenders to Incisive Media are understood to have rejected a proposed restructuring deal that would see sponsor Apax inject £20m into the business in exchange for a 50% write-down of senior debt and the total wipe-out of junior facilities. However, an adviser involved in the deal said the initial proposal was still on the table, and that creditors have until the end of this month to respond to the offer.

A lending committee of RBS, AIB, Bank of Ireland and Alcentra was formed in March after covenants were breached in February. Deloitte is advising lenders. Talbot Hughes McKillop is advising the debtor.

The buyout of Incisive was backed by a £222.3m loan arranged by RBS in 2007. RBS also underwrote a subsequent debt package financing Incisive’s US$630m buyout of US publisher American Lawyer. That loan was never syndicated, giving RBS a blocking position in any debt deal and making it an attractive target for distressed debt investors.

Lenders to German roofing materials maker Monier have yet to see a fully worked out restructuring proposal from a consortium of distressed debt investors Apollo, Towerbrook and York Capital, according to people involved in the deal.

A proposal had been expected from the group, which is challenging an effort by incumbent sponsor PAI Partners to buy back the business through a capital injection and debt write-down.

PAI has proposed a restructuring deal that would see it make a record €125m cash injection in exchange for debt being slashed by two-thirds, with post-restructuring equity split 70:30 between the sponsor and creditors.

The bid faces competition from a loan-to-own play by distressed investors led by Apollo, Towerbrook and York Capital, which in turn is based around new lending being extended by creditors. An alternative plan by lenders away from Apollo to equitise debt on terms of their own has also been mooted by some par lenders, though that is a less likely outcome.

Monier was bought in a 2007 deal backed by €2.38bn of debt. That debt is widely held by a 125-member lender group. One person involved in the discussions said a majority of debt was held by creditors not associated with the distressed investors bid.

Outside the sponsor and Apollo camps, a relatively small number of par lenders each hold double digit percentages of debt and they could prove decisive in determining the final outcome.

The PAI proposal is aggressive but aims to maximise its appeal to par lenders by putting €125m on the table, the largest new money commitment seen in a European restructuring during the current downturn. Under the proposal, the injection would be in debt rather than equity. The form of the cash injection, the percentage of debt written off and the equity split are all topics raised for discussion by lenders who are considering the proposal.

The Apollo-led group is understood to have won some support in the lender committee and could potentially build a blocking minority but last week saw intensive and lengthy meetings between the sponsor and other lenders and the outcome remains wide open.

EQT will inject €115m of new equity into Sanitec, a Finnish bathroom supplies maker, under terms agreed with a steering committee of senior lenders. The company has been in talks with banks since December but senior lenders, led by RBS, rejected an earlier proposal built around a €100m equity injection.

Formal approval of the latest iteration of the deal will require the backing of a credit committee and the consent of two thirds of senior lenders.

In exchange for the equity injection, lenders will write off €605m of Sanitec’s existing €1.015bn of debt, reducing the burden to just €300m of debt plus a new €50m revolver provided by senior lenders.

Senior lenders, who are owed €880m of the existing debt burden, will receive a majority equity stake in the business as well as all of the new senior facilities, according to market sources. The original proposal suggested second-lien lenders would see all of their debt facilities written off but would be offered a conditional 5% equity stake in the form of warrants.

Sanitec said one of the drivers of the deal was maximising recoveries for existing lenders based on the seniority of their claims.

Close Brothers is advising Sanitec on the deal.

Russia’s leading retail chain, 7th Continent, has offered to pay off 20% of its Rbs7bn 7.8% June 14 2012s and restructure the remaining amount. A put option falls on June 23 2009 and the company is ready to offer a new two-year 17% commercial paper with quarterly coupons.

On April 20, 2009, it picked MDM Bank as a restructuring agent on its only bond, launched on June 21 2007 through MDM. The borrower has said that if it was not able to honour its debt obligations then it would offer to restructure the bond.

The retailer, which has 140 supermarkets in Russia and Belarus, currently has Rbs1.5bn in its possession to repurchase its paper from the bondholders with the put option, meaning about 20% of the bond could be offered for the put. Alexander Zanadvorov’s Pakwa Investments owns 74.8% of 7th Continent.