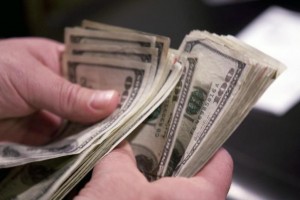 Bruce Rogers, co-founder and managing director of KRG, is listed as an officer of both Fund IV and Fund V, according to Form D filings. Rogers declined to comment.

Three remaining senior KRG Capital executives had planned to retire: Charles Gwirtsman, co-founder, Christopher Lane and Charles Hamilton, a source told Buyouts in late 2013. None of these names are on the Form D filing for Fund V.

Along with Rogers, executives listed on Fund V are Stewart Fisher, Bennett Thompson, Ted Nark and Colton King. Fisher and Nark are listed as managing directors at KRG, according to the firm’s web site. Thompson and King are listed as partners.

On the deal front, KRG in February completed the sale of Diversified Foodservice Supply Inc to New Mountain Capital in a transaction that represented the “fourth successful exit” in KRG’s Fund IV, according to a statement from the firm.

KRG Capital Fund IV rang up an internal rate of return of 7.88 percent and an investment multiple of 1.2x as of June 30 for the Pennsylvania Public School Employees’ Retirement System, according to data from the LP.

Meanwhile, Mark King, a co-founder of the firm, left KRG Capital and now works as CEO and managing director of Denver-based Revelstoke Capital Partners LLC, a buyout shop founded in 2013 that focuses on deals with equity commitments of $10 million to $250 million. Other ex-KRG executives at Revelstoke include co-founders Simon Bachleda and Dale Meyer, who had headed up fundraising at KRG Capital.

With Meyer gone, KRG added Credit Suisse as placement agent for Fund V, according to a Form D filing.